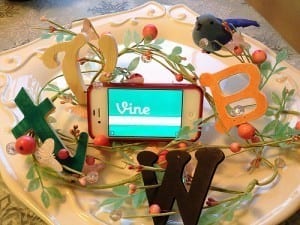 Just as God’s chosen people awaited their Messiah, so too have Android users awaited the arrival of the Vine video app. Rejoice ye faithful, for unto you a Vine app is born.

For the non-believers out there, Vine is a Twitter app which allows users to share short video clips up to six seconds long, which are then posted to users’ Twitter feed. Therefore if you want to convey your distaste for Miley Cyrus’ new haircut but just can’t muster the energy/140 characters, you can upload a Vine video of you screaming for six seconds instead.

Launched in January of this year, Vine was previously only available for iOS devices. But after 40 days and 40 nights, (plus 90 more of each) the followers of Android now have the opportunity to take part in this video holy communion.

In a similar expression of blind faith, Twitter Cofounder Jack Dorsey tweeted a Vine video for the launch. The video depicted the magnificence Vine had to offer Android users as Dorsey stood atop the San Francisco Bay Bridge.

Vine for Android operates on devices with Android 4.0 or higher, and while this gift has been handed down from Twitter on high, it does not yet have all of the available features that the iOS devices do.

For the moment the Vine for Android app doesn’t have features such as the ability to use @mentions nor hashtags. Thus #vineistheglory will be rendered meaningless for the time being.  In addition, Droid devices won’t have the capability to shoot video with the front-facing camera, search for tags and people or upload your Vine videos to Facebook.

So until these features are added, Android users will be separated from the iOS by a sea of differences waited to be parted.