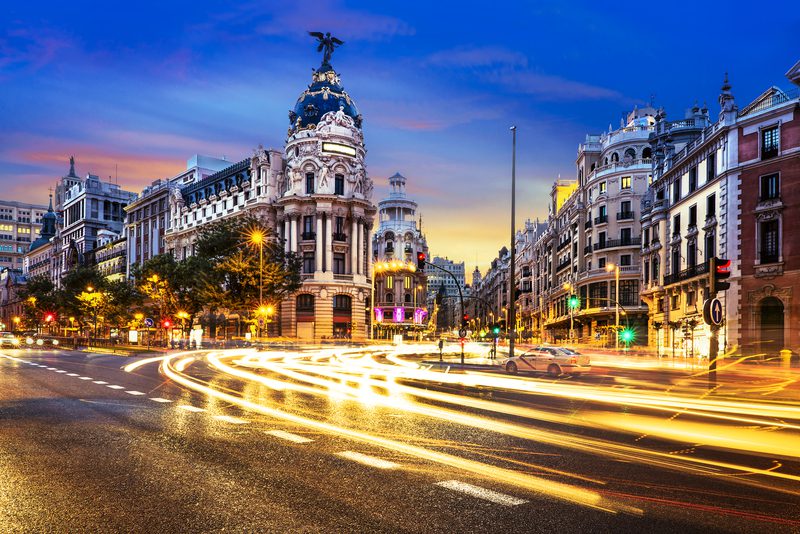 If you’re not familiar with Spanish cities and culture, then you may be confused as to why there are so many international students applying to study in Madrid, but we’re here to tell you that there are many reasons to study abroad in this diverse, vibrant city.

One of the most significant benefits of studying in Madrid is that the qualifications of most Spain-based schools are recognized worldwide. Educational institutions here, such as the Universidad Autónoma de Madrid, have a worldwide reputation in excellence as far as education and training is concerned.

In fact, Madrid offers some of the world’s best training in research, technology, and innovation. The education here is subject to continuous grading and scrutiny by the government, professional bodies as well as other stakeholders. This scrutiny helps in maintaining and improving the already high standards of Madrid’s education system.

A study from 2012 showed that over 17,000 international students studied in Madrid during that period. Can you imagine how many there are now? The point is, studying in Madrid allows you to meet people of diverse origins and cultures. You can easily network, make valuable connections and establish lasting friendships with people from all parts of the world.

Besides, Madrid’s geographical location and infrastructure also lets you travel to other cities and countries in Europe. If you’re a globetrotter, this is reason enough to want to study in Madrid.

Remember, getting to experience and learn about other cultures can be a significant boost to your knowledge. This is especially true if you plan to establish a successful international career in the future.

Apart from cultural diversity, living and studying in Madrid is also very interesting. From the sunny weather, cultural events and recreational facilities to art galleries and famous museums, Madrid has something for everyone.

After all, the city is one of the most popular destinations in Spain and Europe. Those who study here have access to the famous Prado and the Reina Sofia. These offer cheap entry fees and occasional discounts to students.

Spanish is one of the world’s most spoken languages, with roughly 469 million speakers. It is also widely recognized as an official language in many countries. Therefore, studying in Madrid will help you learn Spanish and improve your language skills, as well as give you an edge in the international market. Besides, once you learn Spanish, learning other Romance languages, like French, Portuguese and Italian, becomes much easier.

For most international students, the cost of studying and living abroad is usually a major concern. Luckily, Madrid is much more affordable compared to other cities when it comes to studying abroad. Taking an undergraduate course in Madrid is way cheaper than taking the same course in London or many other famous cities.

For those coming from outside the EU, you may have to pay more. If you’re repeating a subject, you may also have to pay more. Although the variance is still reasonable compared to what you might have to pay in other expensive cities. Most institutions here offer scholarships that, if you’re lucky enough to get, can significantly reduce the cost.

As for the cost of living, Madrid is considerably less expensive than other cities in developed countries, and has been ranked as one of the world’s most affordable cities for young people. The standard of living is also high. So, you don’t really have to worry about expenses when studying in Madrid.

The people of Madrid love sports. The city is practically the epicentre of football in Spain, and you can see this from its football teams: Real Madrid and Atlético Madrid. These are among the top football teams of Spain as they feature prominently in La Liga. They also do well in the Champion’s League. If you have a keen interest to study as well as partake in sports, Madrid is the place for you. All universities here have state of the art sports facilities at your disposal.

Another reason to study abroad in Madrid is the transportation system. When living in a foreign city or country, you want to be able to do things and move around as efficiently as possible. Madrid allows you to do all of this.

The zero-mile marker located at the heart of this city is the hub of all Spanish roads. The Puerto del Sol marker allows you to travel to any area you want with great ease.

Apart from the highways, Madrid is also linked with a well-developed railway system that allows you to travel to other cities as smoothly as possible. You can decide to travel to Barcelona in less than three hours and get to experience the rich Spanish culture in its authentic form. You can even choose to go down to Valencia and get to experience the beautiful coastal weather and scenery.