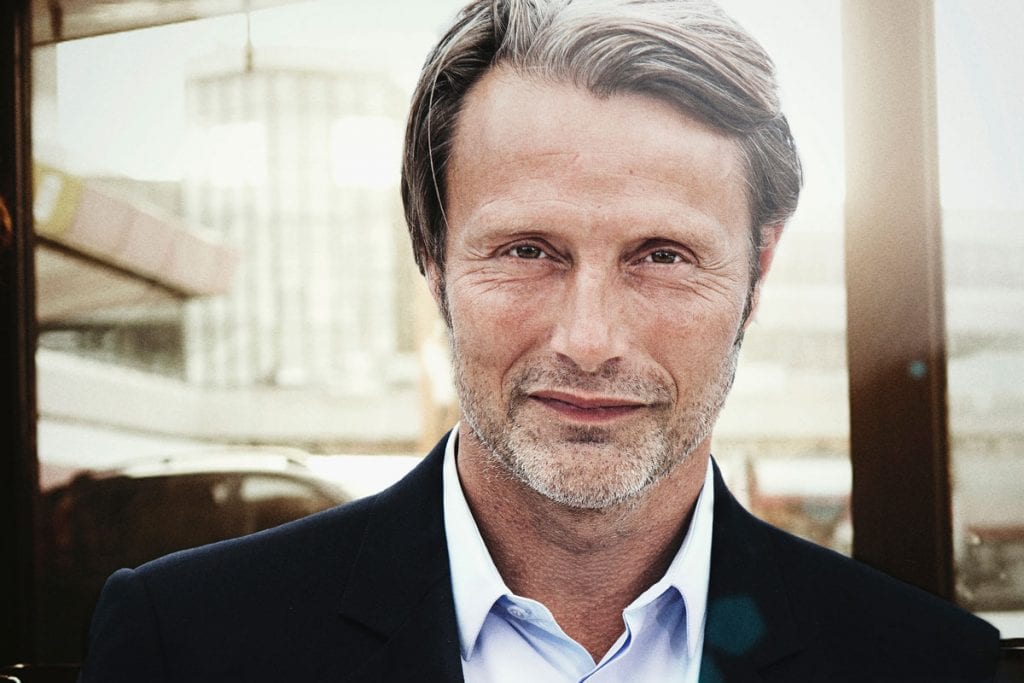 Mads Mikkelsen has starred in everything from Hannibal to Casino Royale, The Hunt and Doctor Strange, and he’s here to talk to College News about his latest movie on Netflix: Polar.

One of Denmark’s biggest actors, Mads Mikkelsen commands the screen as Duncan Vizla, a recently retired assassin better known to his colleagues as Black Kaiser. It’s graphic, it’s intense and it’s a journey about grief, friendship and redemption.

COLLEGE NEWS: First things first, can you tell our readers a bit about your upcoming film, Polar?

MADS MIKKELSEN: Polar is based on a graphic novel—it’s about a hit man who is supposed to retire and, in his effort of doing so, he tries to go out into the real world and see if he fits in there. But he’s quite socially awkward and bumps into another person who’s equally socially awkward, and it becomes a funny little meeting between these two characters. On the other side, we have a simultaneously running story where a high-paced film is taking place—crazy action characters who are chasing and hunting down this character. So these two different entities will eventually collide in the film and that’s part of the journey.

CN: How did you first become involved with the project and its director?

MM: The graphic novel came my way a few years ago and I loved every thing about it. Then it came again with Jonas [Åkerlund] attached to it and then we started discussing and coming up with ideas and polished the script more and more together with writers. Jonas was just a fantastic match, he’s a completely insane person, and I think that really was a good match for this film.

CN: So, you’re playing a retired assassin who shows younger killers a thing or two–how would you say your approach towards acting has developed as you’ve grown older?

MM: I don’t know really. I mean, it’s one of those questions that’s really difficult to answer as an actor. I think if you asked someone who’s 90—what are their techniques, what have they learned—they would always say “can you just wait one year, I don’t know.” One of the things I have learned, years ago, is that the better everyone is in a scene, the better the scene is, the better you are. If anyone feels uncomfortable in a scene, it’s everybody’s job to make this person not uncomfortable and to do their best. So we need each other to make a good scene.

CN: Do you have any favourite or most challenging scenes to shoot from Polar?

MM: Well the most difficult ones were obviously some of the long stunt sequences which, in the nature of themselves, are quite difficult. It doesn’t make it easier that I’m not wearing any clothes and it’s taking place in a concrete hallway, you know.

And it’s very cold, so that was by far the most difficult. Some of my favorites were the ones I had with Vanessa [Hudgens]. These two awkward people who are trying to have a normal conversation and it turns out to be quite awkward… and I love those scenes—they’re sweet and comedic in a subtle way.

CN: Can you tell our readers about how you first got into acting?

MM: It was kind of strange; there were some detours in my life. I was a gymnast. After that I discovered dancing, because I wanted to do some flips in the background of a musical. And then the choreographer of that musical asked me if I wanted to learn that craft and that was a Billy Elliot kinda thing.

I was a working class kid learning how to dance. So, I did that for ten years and through the dancing thing I discovered acting. I was very pleased about that; I thought I might have been a little more in love with the drama of dancing than the aesthetics of dance, so I applied for a drama school and I went in and then from there on I’ve been an actor and so far, I love it.

CN: What would you say has been the highlight of your career so far?

MM: There are obvious highlights that people would point out, and of course, you would have to mention winning at Cannes with The Hunt. Being part of the Bond franchise was a highlight. But there are many highlights in the sense of personal highlights, you know? Certain things you discover, certain things you’re very proud of, and I try to make my next project the highlight every time. I just try to make this the most important thing, so it doesn’t become a stepping-stone in my career but it becomes the most important thing. I think that’s the best approach I can have.

CN: What does your future career look like at the moment?

MM: I’ve got a couple of months off. Then I will hopefully start up something this coming year with Thomas Vinterberg that I’m looking very much forward to.

Our Favourite Films Directed by Women This Year

Previous ArticleThe Ballers of College SoftballNext ArticleNootropics: Can They Make You Smarter?