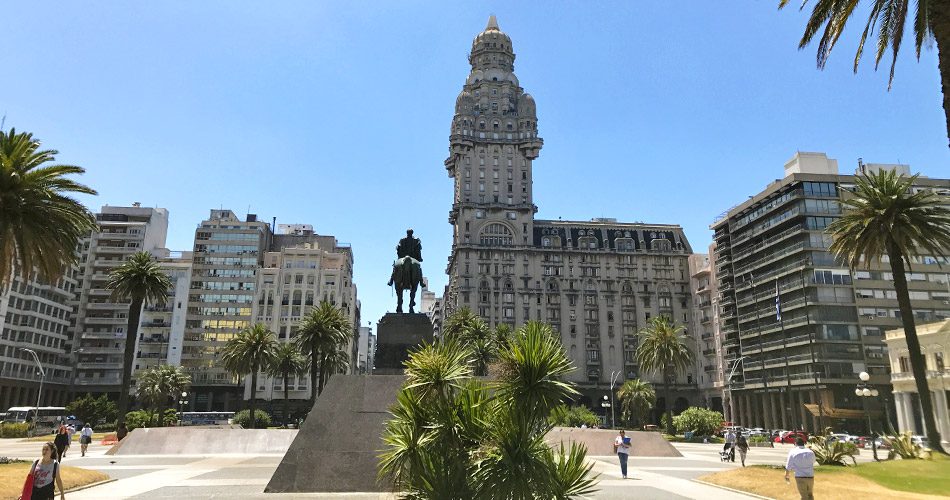 The combination of a high quality and laid-back lifestyle, stunning coastline, vibrant culture and well developed cities makes studying in Montevideo tough to beat. Below we have expanded on some reasons why you may want to consider taking to Montevideo for your study abroad programme.

Despite its small population of only 1.3 million people, Montevideo boasts some high-quality museums, such as the Universidad de la República and the Universidad de Montevideo. The former was established in 1849 and is currently ranked in the top 1000 universities in the world and 47th in Latin America. As well as being significantly older than the Universidad de Montevideo, it’s also much larger, with a student body of almost 110,000 across a number of schools and institutes. Whilst some of their buildings can be found throughout Uruguay, most of the Universidad de la República’s buildings and facilities are located in Montevideo, including the law school and departments of veterinary medicine, medicine, engineering, chemistry and the humanities. Tuition is free for Uruguayan citizens.

The latter, the Universidad de Montevideo, is a private university that offers seven departments including management, economics, law, humanities, engineering and biomedical science, the university welcomes international students and has partnerships with universities the world over.

Known as “The Switzerland of South America” for its peaceful culture, Uruguay is nestled between South America’s two titans, Argentina and Brazil. This is an ideal location for students who are looking to live in an up and coming city in South America that offers charm, culture, and lots of activity. Plus, with its close proximity to Argentina, it will feel like you’re getting two study abroad locations in one!

About half the population of Uruguay live in the capital city of Montevideo. You don’t need to spend much time there to understand why. Montevideo covers 77 square miles along the Rio de la Plata, and is made up of 62 barrios (neighborhoods), each with its own unique flavor and feel. Consistently rated as the South American city with the “highest quality of life” by the Mercer Quality of Living Survey, Montevideo is a showplace of the way an eclectic mix of cultures can create a place of rich, diverse heritage.

Uruguay’s multicultural heritage has given the people a deep appreciation for a diverse range of culture and arts. Montevideo is very much a city of the world, with art museums, ballet, theaters, music halls, and more. Uruguayans enjoy tango, folk music, and jazz, as well as the African influenced drum rhythms of candombe. World-class artists, musicians, and other entertainment regularly appear in Montevideo.

When people mention theater in Montevideo, the first place that comes to mind is the Teatro Solis (Solis Theatre). It is a neo classical building completed in 1856, located on the east side of Montevideo’s Ciudad Vieja. The Solis maintains a full and vibrant schedule of interesting events.

Ramble down the Rambla

Perhaps the most attractive feature of Montevideo is the 14-mile long rambla, a continuous walkway along the waterfront that has parks, bike paths, outdoor exercise pavilions, restaurants, and more. It winds its way around the city and provides access to some of the more popular neighborhoods.

If you like grilled red meat, you’ll be in heaven in Uruguay, but if you like a little variety (any variety) in the restaurants you will struggle. A hungry vegetarian or vegan student wandering through Montevideo’s streets will be quickly dismayed at the prospect of their going hungry.  There is a lack of inventive food in Montevideo, which may leave you feeling unfulfilled. Even with its long and luxurious coastline, Uruguay’s seafood can leave a lot to be desired. A fish shop will likely offer you frozen, cooked shrimp and imported salmon from Chile, at a premium price.

If you’re looking for a valley of eternal spring, Uruguay is not your place. Located in the Southern Temperate Zone, Uruguay has four seasons. Average summer temperatures are ideal (with highs in around 25 C and lows around 15 C). But, winter temperatures are cooler. Average daytime highs reach 10 C and average nighttime lows dip to single figures. With high humidity and wind, it can feel colder than you might expect. On many winter days, you’ll see people wearing coats, hats, and gloves.