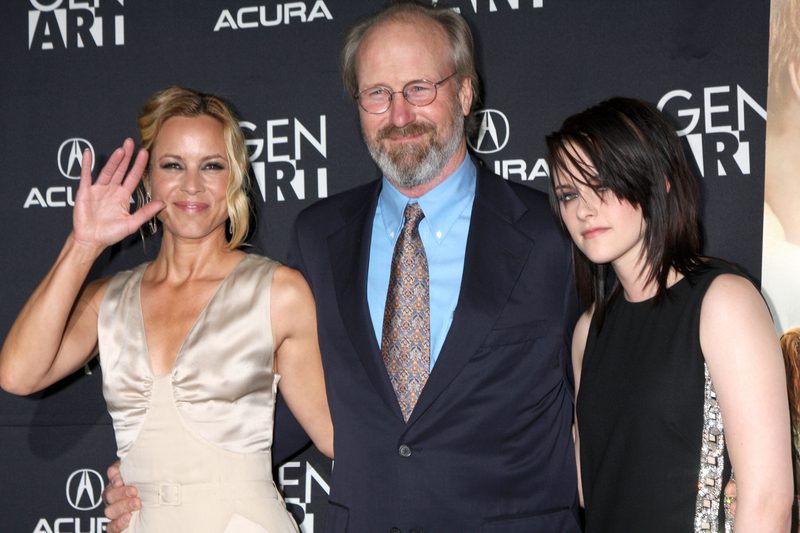 William Hurt, the Oscar-winning star of “Kiss of the Spider Woman,” “Broadcast News” and “Children of a Lesser God,” has died at the age of 71.

Hurt’s son, Will, said in a statement to The Associated Press that Hurt died Sunday of natural causes. He said that Hurt died peacefully, among relatives. Will Hurt told The Hollywood Reporter that his father died at his home in Portland, Oregon. Hurt was diagnosed with terminal prostate cancer that had spread to his bones in 2018.

Hurt, a four-time Oscar-nominated actor, was one of the most acclaimed stars and bankable leading men of the 1980s, playing Vietnam veteran Nick Carlton in the all-star ensemble playing college friends reunited in “The Big Chill.” from 1983.

Hurt earned Oscar nominations three years in a row: for his role as a Brazilian prison inmate in 1985’s “Kiss of the Spider Woman,” the 1986 drama “Children of a Lesser God” (opposite “CODA” star ” Marlee Matlin) and playing a slick but light-hearted TV host on 1987’s “Broadcast News.”

Hurt was also nominated for his supporting role in director David Cronenberg’s 2005 thriller “A History of Violence.” He played ruthless gangster Richie Cusack, who gets about eight minutes of screen time before he is killed by his heroic brother (Viggo Mortensen).

Although his first credited role was on the CBS detective series “Kojak,” Hurt, a Juilliard School actor, made his film debut in 1980 as a psychopathologist studying schizophrenia and experimenting with sensory deprivation in the science thriller fiction “Altered States”.

Hurt’s real breakout came the following year in the thriller “Body Heat,” as small-town attorney Ned Racine, who is seduced into committing murder by Matty Walker played by Kathleen Turner.

In “Children of a Lesser God,” it was his co-star, Matlin, who took home the Oscar for his performance as a janitor at a school for the deaf. Hurt played a speech teacher. Hurt and Matlin’s romance blossomed off-screen as well, but it wasn’t Hurt’s first taste of notoriety.

Hurt first married Mary Beth Hurt in 1971. During that 11-year marriage, he began a relationship with Sandra Jennings, whose pregnancy with their son precipitated Hurt’s divorce. In a high-profile court case six years later, Jennings claimed that she had been Hurt’s common-law wife under South Carolina law and was therefore entitled to a portion of his earnings. A New York court ruled in Hurt’s favor, but the actor continued to have a strained relationship with fame.

In her 2009 memoir, Matlin detailed physical abuse and drug abuse during their relationship. Hurt issued an apology, saying, “My own recollection is that we both apologized and we both did a lot to heal our lives.”

To a younger generation, Hurt was known for his work in the Marvel Cinematic Universe as Hulk’s nemesis Thaddeus “Thunderbolt” Ross. He first appeared in 2008’s “The Incredible Hulk” alongside Edward Norton’s Bruce Banner. He reprized the role in 2016’s “Captain America: Civil War” (as Secretary of State Thaddeus Ross), “Avengers: Infinity War,” “Avengers: Endgame,” and 2021’s “Black Widow.”

Hurt starred opposite Billy Bob Thornton in the Amazon legal series “Goliath” from 2016 to 2021 as reclusive attorney Donald Cooperman.

The actor was born in Washington, D.C., on March 20, 1950, the son of a State Department official, and is survived by four children. His acting career began on the stage and his theater career continued, including a 1984 Broadway production of “Hurly Burly,” with a cast that included Christopher Walken, Harvey Keitel, Jerry Stiller, Sigourney Weaver and Cynthia Nixon.