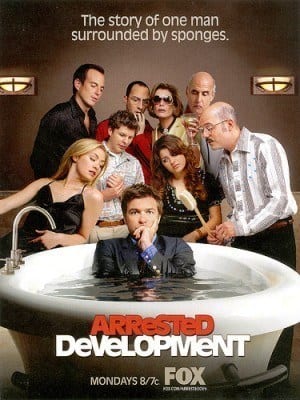 After a promise made by creator Mitch Hurwitz, “Arrested Development” is coming back and this time around, fans can catch it on Netflix.

Netflix announced on their twitter Friday, “Starting in 2013, all new episodes of ‘Arrested Development’ will be available exclusively to U.S. Netflix Members to watch instantly!”
The deal for new episodes was made with 20th Century Television and Imagine Television.

Everyone involved with the project had positive things to say about the return.
Imagine Television founders Ron Howard and Brian Grazer said, “”Bringing a series back from cancellation almost never happens, but then, ‘Arrested’ always was about as unconventional as they get, so it seems totally appropriate that this show that broke the mold is smashing it to pieces once again.”

Howard tweeted on Friday, “Many thanks to you ever-so-vocal Arrested Development supporters Wouldn’t have gotten here without you.”

No word on who will be returning to the show or how many episodes will actually be streaming on Netflix.