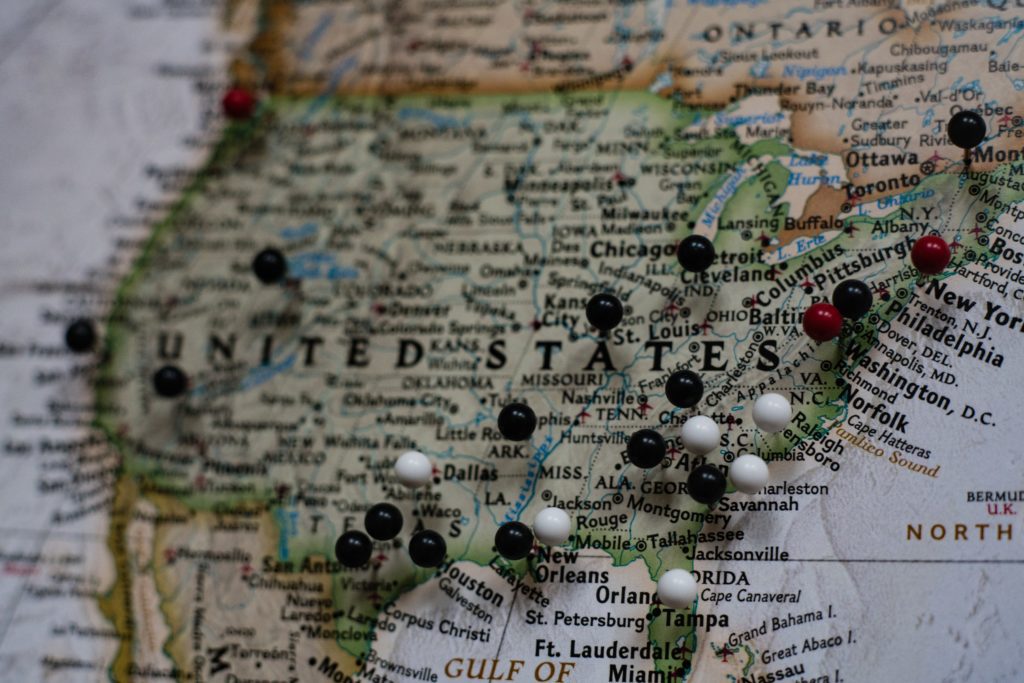 Want to study in the USA but you’re not sure where? If you’re looking for a satisfying and rewarding student experience, then look no further than America’s great cities. Below we have listed 10 of the best cities to study in the USA.

With perfect sunny weather and sunsets to die for, as well as a relaxing laid-back surf vibe, San Diego has become one of the most desirable places to study in the US.  The city’s highest ranked university is the University of California, San Diego (UCSD. San Diego is also home to the world-famous San Diego Zoo, plenty of gorgeous beaches and the 1,200 acre Balboa Park – so there’s always something to entertain students.

When studying in nPittsburgh, you will notice very quickly that the city is very picturesque, with a beautiful skyline, and plenty of museums and theatres to choose from. Students regularly remark upon the culture, environment, and diversity of this post-industrial city. Pittsburg contains two excellent universities; Carnegie Mellon University and University of Pittsburgh.

The capital of the US, and named after the nation’s first president and founding father George Washington, Washington DC is steeped in history. This famous city contains five top universities including the University of Maryland, College Park, and Georgetown University.

With its collection of monuments and landmarks, acclaimed theatres and historic towns, you will never be at a loss for things to do outside of your studies. If you’re looking for something to do in your free time, take a trip to the White House, go and see the Washington Monument or pay a visit to the impressive Lincoln memorial – the possibilities are endless.

Next is Philadelphia, as you can see. The city contains three high-ranking universities, the highest being the University of Pennsylvania. Philadelphia has a great deal of history behind it – it is where the Declaration of Independence was signed in 1776 and also where the Liberty Bell is housed. Fans of cheese steaks, Will Smith, and Alway’s Sunny will find some joy here outside of the, perhaps, more influential historical artefacts.

The capital and most populated city in the state of Georgia, Atlanta is home to over five million people, including 63,000 students. Once you’ve graduated, it could be a good place to stick around as it is home to lots of successful companies, including Coca Cola, United Parcel Service (UPS) and Holiday Inn. There are, therefore, plenty of employment prospects for students at Atlanta’s universities. The city has three top ranking universities, the Georgia Institute of Technology, Emory University, and Georgia State University.

Chicago, affectionately known as ‘The Windy City’, is a city with an outstanding reputation among graduate employers. Chicago is also home to an impressive five universities, including the University of Chicago and Northwestern University. Whilst studying in Chicago, you should visit Anish Kapoor’s Cloud Gate, the Sears Tower, the Art Institute of Chicago, go and see the Red Bulls play, eat some deep dish pizza, and wrap up warm

San Francisco is also home to Silicon Valley and therefore to a multitude of successful companies, including Apple, Facebook and IBM, so this too, may have a part to play in the city’s high score for employment activity.

‘The City of Angels,’ the ‘Creative Capital of the World’, Los Angeles goes by many names, but is undoubtedly most famous for being the home of Hollywood. The city contains three top universities, including California Institute of Technology (or Caltech) and University of California, Los Angeles (UCLA).

In LA, you have the beach, you have the mountains, and a never-ending sprawling modern megacity full of potential, glamour, and excitement.

New York has the largest overall population of all the featured cities in this list, with 20,321,000 people. 1.5 percent of these (or 51,300) are students –  meaning you’re likely to make friends, explore the city, and attend a lot of student-oriented events. New York boasts no fewer than 10 world-class universities, including Ivy League university Columbia University, and New York University (NYU, to you and me).

Surprising no one, Boston is America’s best city to be a student in. The city is home to eight universities in total, including two of the top three universities in the world; Massachusetts Institute of Technology (MIT) and Harvard University. Cambridge is a student haven, and you will never be short of things to do in the city itself.

SEE ALSO: Best Sports Colleges in the US