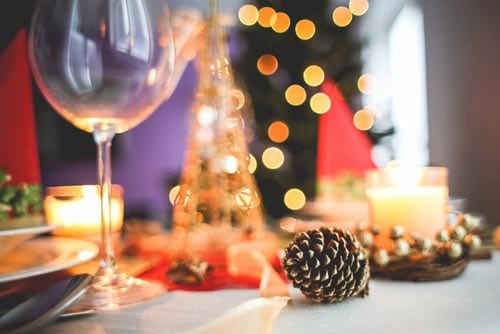 Christmas Dinners around the world

With the big day coming up where you will soon be salivating, waiting for your Christmas dinner to be served. we thought we’d make you even hungrier with this list of traditional Christmas dinners around the world. Happy Christmas to you all.

The Norwegians treasure tradition and this is especially true at Christmas. This country celebrates in style on Christmas Eve with roasted pork ribs or belly with sauerkraut and boiled potatoes accompaniments. Sauerkraut is fermented cabbage, just FYI—would you eat this classic Norwegian dish?

The Polish tend to feast on their most important meal of the year on Christmas Eve. This meal is served with fish, with no red meat in sight. The dinner is traditionally known as “Wagilia”.

Much like Americans, the British love a big roast dinner and are not shy with the trimmings. Turkey is most popular but other meats on the table include gammon and “pigs in blankets”—little sausages wrapped in bacon, in case you didn’t know!

It might be difficult to imagine Christmas being celebrated in anything other than a snowy environment, but Christmas is a huge deal in Mexico with a huge Christian population. The Mexican Christmas dinner is varied and includes Tamales, Bacalao (salted fish) and Pozole—a hominy soup made with chicken or pork., with the celebration beginning on Noche Buena (Christmas Eve).

This eastern European country celebrates their Christmas feast grandly by often presenting a stuffed pig’s head as the table’s centerpiece. The meal also includes goose, hare, venison and fish—be sure to wear your loosest jeans for this one.

Christmas, or Weihnachten as they say in Germany, is celebrated with succulent roast goose and roasted carp often served with potatoes, cabbage and Brussel sprouts. Not the bratwurst dish you were expecting, huh?

The French are widely known for their exquisite tastes and Christmas is no exception. If you’re lucky enough to join a French family over the holidays, expect to see the table laden with dishes such as foie gras, chapon and Bûche de Noël for pudding; a Christmas cake shaped like a log. No, we hadn’t heard of these foods until just now, either!

Christmas dinner in Romania may be one of the most unique meals you might encounter on the big day. The family gather together and feast on roast gammon and pork chops which is also served with a sour soup made up of fermented bran and pork meatballs—delicious?

While we’re mostly used to warming up by the fire on a snowy Christmas day, needless to say, the weather is, shall we say, slightly better down under. Australians will feed on cold food on Christmas day, or, as one might expect, they will celebrate with a barbeque eating fresh seafood’s such as shrimp.

With Christianity arriving in Egypt around 1AD and making up to 20 percent of the Egyptian population, Christmas is a a big celebration. After a Christmas church service, families eat a special meal called “fatta”, a traditional meat and rice dish. Children are given small amounts of money by family members so that they can buy sweets and toys.

Another country on our list that serves its main meal on Christmas Eve, is Brazil. The table will be laid with platters of ham and turkey; and in some parts of the country, expect to see fish, too. Instead of the all too familiar roasted potatoes, the meal is usually accompanied with kale, nuts, rice and fruit!

Would you try any of these traditional Christmas dinners from around the world? Let College News know!