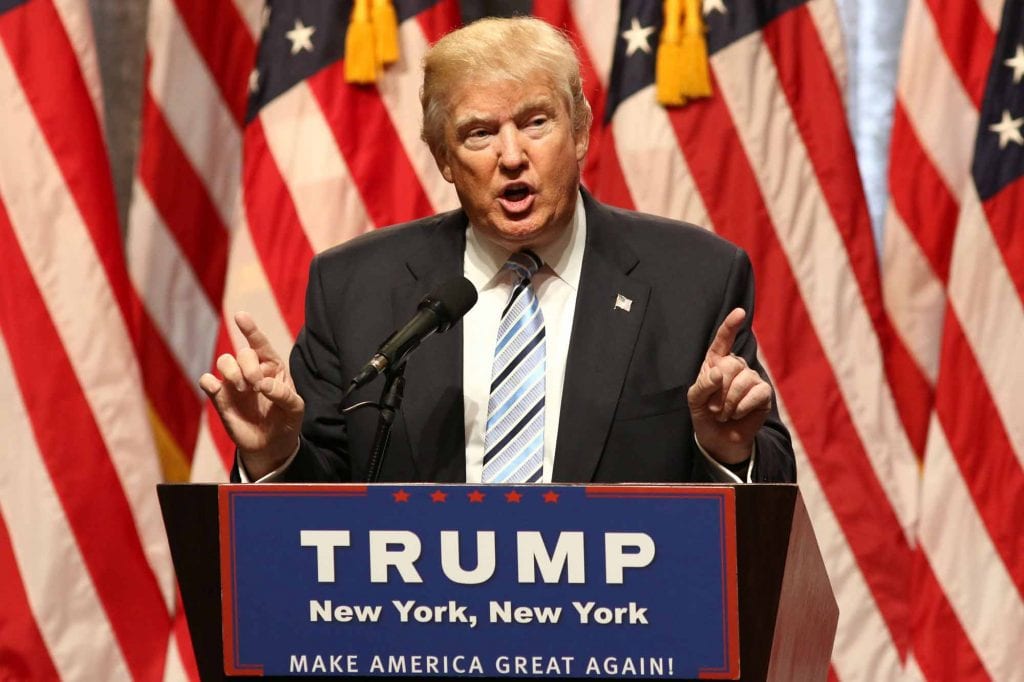 His presidency has been without doubt one of the most bizarre and erratic in America’s 241-year history—whether you love or loathe him, Trump is here to stay.

Donald J Trump, self-styled ‘stable genius’ and billionaire businessman, hardly sleeps, loves cable TV’s Fox & Friends, lives in perpetual campaign mode, dines on the finest American fast-food and uses Twitter as the strangest form of diplomacy. He also thrives on controversy, relentlessly seeking out his next target—be it the ‘fake news’ media or his Democratic foes.

College News takes a look at Trump’s America, his administration so far and the legacy it’s likely to leave.

For his supporters, president Trump is the best thing to happen to the USA for years. He is the standard-bearer of American business, he stands up for the nation and champions the “America first” mantra. Indeed, support from his loyal base is staunch; thousands turn up to his rallies, worshipping their idol with pseudo-religious enthusiasm.

But millions of Americans regard Trump with dismay. For them, he is a divisive figure—an egotist who stokes tensions over race, the media and the environment. His approval ratings are low—they linger at around 40 percent, according to Gallup—yet if Trump has taught us anything, it’s that he repeatedly defies the pollsters and disproves the naysayers.

In an administration plagued by allegations of Russian collusion, accusations of racism and serial sacking of senior staff, Trump seems invincible. What’s more, the divisions he instils serve only to make him more defiant and eager to remain in power.

One thing is certain. The most predictable thing about Trump is his unpredictability—making it nigh on impossible for political commentators to foresee his next move. From his inauguration to his state of the nation address, Trump’s tone has fluctuated. He now seems more conciliatory, offering something of an olive branch to the Democrats, though this could change at any time, as appeasement certainly isn’t his style.

What we will see of the president over the next years is anyone’s guess. All we can do is sit back and enjoy the show—because that’s what Trump does best: he entertains. (Though some may question the sustainability of an entertainer at the political helm of the free world.)

A businessman in the White House

Trump is not a politician. Rather, he is a ruthless businessman who will stop at nothing to get the job done. As such, his cutthroat approach to business has permeated the White House, with the hiring and firing of senior staff as commonplace as his scolding of the mainstream media.

Perhaps this is what the American political system needs: someone who takes no prisoners to push an agenda through. Trump has signed 33 percent more executive orders than Obama in his first year. Which is awkward, given he criticised Obama on at least six occasions for making them. In January 2016, he said: “We have a president who can’t get things done so he keeps signing executive orders all over the place.” Nonetheless, you can’t deny Trump’s got guts; and this appeals to his unswerving devotees. They love the fact that, finally, someone is strong for America, asserting the country’s place on the capricious world stage.

Much has been made of the so-called Trump Bump—the positive the effect the president has supposedly had on the U.S. economy since his election in 2016. However, the real question is how much of this positive sentiment can be rightly attributed to the policy plans of the new administration?

Since Trump’s election, the S&P 500 is up 20.4 percent. Only George H.W. Bush (23.7 percent), Lyndon Johnson (22.4 percent), John F Kennedy (24 percent) and Franklin D Roosevelt (23.8 percent) have beaten Trump. Yet, we must be careful not to take this arbitrary yardstick as gospel. Indeed, there are warning signs markets may be in imminent decline. The alleged ‘Trump Bump’, it seems, may well be short lived.

The successor of Obama, America’s first ever black commander-in-chief, has proved to be one of the most contentious figures in U.S. history and, more often than not, race is at the center of the controversy.

From his refusal to condemn white supremacists after a march in Charlottesville, Virginia, where a civil rights activist was killed, to which he said: “I think there is blame on both sides”, to the condemnation of American football players who “take the knee” during the national anthem to make a statement against racial injustice, Trump has done little to heal America’s endemic during social malaise around race.

The majority of Americans (60 percent) say Trump’s election has led to worse race relations in the U.S., while just eight percent say it has led to better relations, according to a national survey by Pew Research Center.

If African American turnout at the next general election is high, the Republicans could pay the price.

Trump’s first year in office has been dogged by charges of collusion between his election campaign and Russia. The steady drip of revelations may hit fever pitch in 2018, with Robert Mueller’s appointment last May threatening to bring matters to a climax.

Should Mueller accuse Trump of collusion, there will be calls for impeachment, but Republicans on Capitol Hill are unlikely to heed them. Meanwhile the world waits for Trump to utter anything vaguely critical about Russian president, Vladimir Putin.

While most people have vehement feelings about Trump, a few inevitably haven’t made up their minds, preferring to let the results of his administration speak for themselves. Regardless of your opinion, Trump will go down in history as one of the most colourful, yet deeply notorious, presidents of all time. He is the product of an era of political populism and has ridden the wave spectacularly well.

Trump—a deft maneuverer—may not be a bona fide politician, but he has read and played America’s political pulse with enviable skill. For this, he will always be remembered.