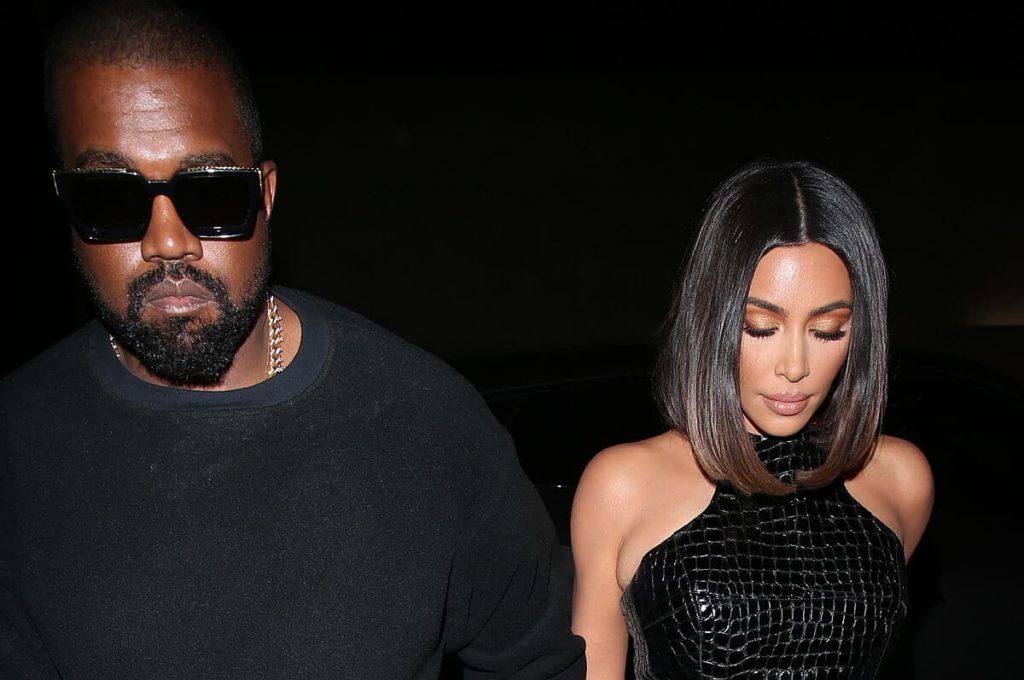 Kim Kardashian is a media personality who has always been in the news for various reasons ranging from her sex tape leak to her high-profile relationships. Recently the socialite has been in the news because of her messy divorce with singer Kanye West. Due to the Reality star’s show ‘Keeping Up With The Kardashians’, the audience has a good idea about Kim’s and her family’s glamorous life and now as she is getting divorced and dating again, the general audience it seems is too involved. And why not? With seven years of marriage and four kids, Kim and Kanye were seen as one of the strongest couples in Hollywood. However, the not much shocking break-up saw Kanye washing his dirty linen in public while Kim maintained her dignity and kept silent about the issue. Read on to know how the couple started dating and what led to their unpleasant break-up.

The couple met for the first time in the early 2000s when Kim was not a household name, and even Kanye did not know much about her. The couple remained distant friends till 2008 and connected when they met on a show called Alligator Boots. Kim and Kanye were friends for an extended period and dated and even married other people in this duration. Kim even married NBA player Kris Humphries in 2011 but divorced him only after just two months of marriage. According to Kim, the divorce led her to Kanye as when she was down and depressed about the divorce, Kanye asked her to come to Paris to see his fashion show. Once she reached Paris, she stayed with Kanye and fell in love with him, her only regret being why didn’t she do it sooner.

In 2013, the couple’s first child was born, and Kanye was with Kim at every step. He then proposed to Kim in the same year, and the couple tied the knot the following year. From 2014-to 2019, the couple had three more kids and seemed to have a happy life. Due to Kim’s show and Kanye’s music, they were constantly in the limelight.

In 2020, cracks were visible in the couple’s relationship. Kanye revealed his plan to run for President of the United States and soon unveiled some personal information about his wife, leaving her upset. What followed were a series of Tweets from the rapper where he mentioned how his wife confined him and how he would divorce her. A couple of days later, Kim shared that her husband has bipolar disorder and urged people to show compassion towards him.

The speculations about the divorce

In December 2020, Kim posted a picture in which her engagement ring was missing, which led to the rumors of the couple’s split. There were also reports from sources close to the couple stating that the couple has already separated and only a legal divorce is pending. The couple were reportedly together only for kids and were frustrated with each other. However, Kim showed maturity and wanted to think about her kids. It was speculated that the reason for the rift was that due to her work and kids, and so Kim could not spend a lot of time with Kanye. Kanye was also irritated with the Kardashian family drama and the amount of control Kris Jenner, Kim’s mother, had on their lives. However, sources close to Kanye said that he loved his wife a lot but could not do anything to save the relationship, making him sad and anxious.

A couple of months into 2021, it was confirmed that the couple was taking a divorce. Kim opened up about her divorce on Keeping Up With the Kardashians and stated that although it felt like a failure to be divorced the third time, Kanye deserved someone who would move with him and Kim was not someone who could do that. She said she wanted to be happy and be with someone with whom she would have something in common.

In July, the West family was seen in the Asian Art Museum, where they were spending time like a typical family. By this time, rumors of Kanye dating Russian model Irina Shayk had also died down, giving hope of reconciliation. However, nothing like this happened.

While there were rumors of Kim dating comedian Pete Davidson, Kanye revealed that he wanted his wife back and wanted to stay married to her. According to him, the divorce was not on the papers, and he wanted to give a complete family to his kids. After this, it was not uncommon for the rapper to profess his love for his estranged wife on TV, which left Kim embarrassed. Kim was not affected by West’s drama and was adamant and moving forward with her divorce.

Things became scary when Kanye’s obsession got to other levels as he purchased a property direly across the mansion he shared with his ex-wife. All this while, Kim tried to keep her calm and kept mum as she wanted things to end on cordial terms. Even after that, when there were many more public allegations from the rapper against Kim, the socialite had no other option than to come out and speak about the toll Kanye’s many media interviews were taking on her and her kids.

With the couple’s marriage officially dissolved, we can only hope that things become better between the two and they learn to co-parent their kids and keep them away from the drama.