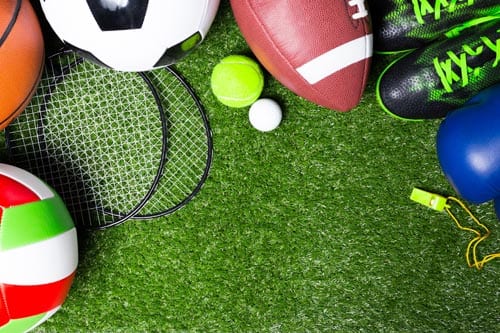 If you’re a promising footballer, basketballer or athlete, you’ve come to the right place. Picking a US university with a strong sports program could be the difference between you turning your natural ability into a successful career or just being another hobby. Even if you’re more of a fan than a player, or if you’re just interested in sport-adjacent careers like physiotherapy, the top sports colleges in the US will be more appealing to you than other institutions.

Below is a list of nine of the best universities in America for sports lovers.

Ohio State has 1,203 students playing for a university sports team, and as a result it is a university full of sporting activity. At the top is the university’s football team, which has an enviable record in recent years and attracts crowds of over 100,000, nearly 30,000 of which are student season ticket holders. With 738,500 square feet of total indoor recreation space, and fantastic school spirit, there are few places better for both athletes and fans.

Regularly attracting crowds of over 100,000 to their home football matches, the University of Michigan is a true sporting powerhouse. The university has had 24 alumni in the last four US Olympic teams as well as 54 conference championships in the last 10 years and boasts incredible varsity facilities. Academically, Michigan isn’t too shabby either, with the sports program boasting an 80% graduation rate among its student athletes. The sports connoisseur will also enjoy proximity to the Detroit Lions (NFL), Detroit Red Wings (NHL), and the Detroit Tigers (MLB).

The University of Wisconsin-Madison’s two most successful sports teams are football and men’s basketball, and it manages to blend campus culture and sporting prowess perfectly. Student athletes here boast a 70% graduation rate, which suggests that you will leave UWM with a proper education as well as sporting glory.

Particularly strong for football and basketball, the University of Florida is also a great party university, making the fan experience here one of the greatest in the US. You won’t be short on bars to celebrate victories in, whether you’re a player or a fan.

Connecticut may not have any professional male sports teams, but this just means the university sides attract even more attention than normal. The basketball team has won two men’s national titles in the last decade, but it’s the women’s basketball team that are the real stars at the university, with a recent winning streak of over 100 consecutive games. If football’s more your thing then this probably isn’t the university for you, but there is plenty for sports lovers to enjoy about studying in Connecticut.

Few universities manage to be competitive in such a vast array of sports as Notre Dame, with the soccer, basketball, lacrosse, hockey and fencing teams all either winning titles or reaching semi-finals since the year 2000. Intramural sport is also in rude health here, with student teams existing for practically everything, from full-contact football to co-ed broomball. If being a spectator is more your thing, the Notre Dame stadium – home to four statues of former coaches – provides a matchday experience like few others.

Duke’s 9,314-seat basketball stadium is one of the most well-known college sport venues in the country, with students often camping outside for weeks at a time in order to gain a seat for the big game. Varsity athletics is also in extremely healthy shape here, but it’s the two basketball championships since 2010 which get most of the attention. The football team has also performed well of late, although tailgating has been banned since 2010, taking some of the fun of being a fan away from the sport.

Student athletes at UCLA get to enjoy some of the finest facilities in the US, in an environment which breeds success. With over 100 NCAA team championships to their name, UCLA has an illustrious sporting history and it’s only getting better each year. Sport fans are also spoiled for choice with countless professional teams on their doorstep, from the Lakers, Rams and Clippers to the Kings and the Dodgers.

University of Texas at Austin

If you like football, you’ll love the matchday experience at UT, where the stadium is filled with an enormous swaying mass of orange shirts, cowboy boots and foam fingers. It’s not just about the games under Friday night lights though; UT also has an enviable women’s athletics program and a proven track record of producing Olympic athletes (23 in the past four US Olympic teams).

SEE ALSO: What are the Ivy League Schools?