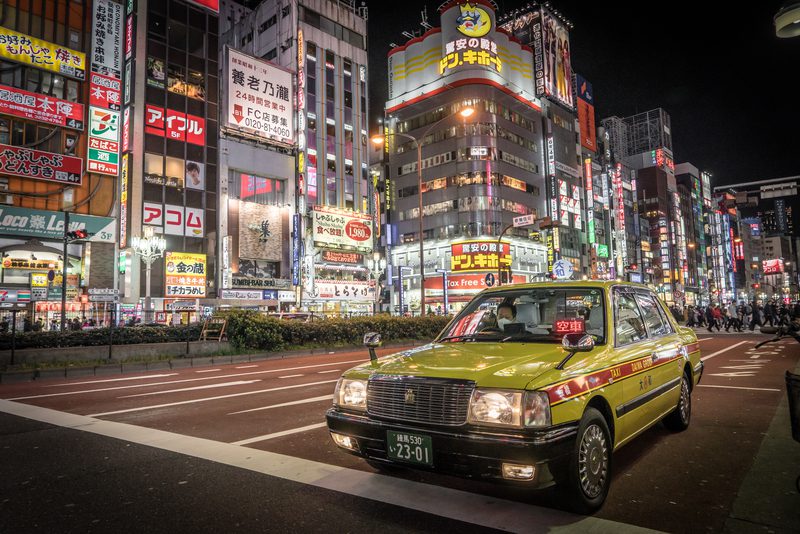 As one of the largest, most forward thinking cities in the world, Tokyo is a dream destination for any student looking to broaden their horizons over international waters. Below, we have listed some of the key reasons why you might want to choose Tokyo as your city to study abroad in.

Tokyo’s size is enormous: the metropolis counts for more than 13.9 million people (spread over 847.09 square miles – or 2,193.96 km2). The Greater Tokyo Area – the most populous metropolitan area worldwide – is home to around 40 million people. If living in the biggest urban cluster sounds exciting to you, then Tokyo might be the perfect study abroad destination for you.

The majority of university programmes in Japan are only offered in Japanese. However, there are a small number of universities offering four-year undergraduate degrees with courses taught entirely in English. Additionally, several universities offer one or more English courses at the master’s and/ or PhD level.

The perfect place to study in Japan

Tokyo is the Japanese centre of industry, trade, education and culture alike. It counts to the fifth biggest financial centres worldwide. The broad diversity of universities and its importance as Japan’s economic and educational hub make it a perfect place for your study experience abroad. Safety is an important point to consider when studying abroad. According to the current Numbeo Safety Index, Tokyo has a score of 76,64 – ranking it at number 31 of 427 cities globally for safety.

Tokyo is a global city, with a strong financial centre. It is rich in culture and history – offering historic sites, modern sightseeing buildings, and more than 50,000 restaurants. With its sheer size, Tokyo offers plenty to see and do as the world’s most populous metropolitan area. We are sure you will love the Tokyo life while studying there.

The food on the streets of Tokyo is a force to reckon with. While travelling to other countries you may be used to having your food choices at a bare minimum, but in Tokyo, you will be constantly exposed to a whole world of culinary delights which will challenge your palate. Not only is the food quite delicious, but it is also comparatively pretty cheap. Sushi and sashimi are a ubiquitous part of Japanese dining. Of course, you will always encounter the hot pot, which is an experience in itself. Studying in Tokyo is definitely worth the food there!

You will notice that people in Japan are very good natured. There is always a sense of respect for one another and you will hardly ever encounter people being rude. Just generally, people seem to care about the happiness and hospitality of people around them. It is a great turn around from Western culture, where people are not very helpful or polite.

There’s no doubt the sakura matsuri is one of the most aesthetically pleasing visions in the world, with numerous parks around the city such as Ueno Park hanging their own lanterns during Hanami – an outdoor party that marks the beginning of the cherry blossom season.

Tokyo’s clean and efficient subway means that you can get wherever you need to be at a rapid speed, which makes getting around the city a total breeze. Being a megacity, the trains will become packed, but the negative of being squashed is nothing compared with the freedoms that such a vast, clean, fast system offers the adventurous student.

During your time off (holidays, weekends) you will find yourself wanting to explore more of what Tokyo and Japan has to offer. A bullet train is without doubt the best way to do so as they cover vast distances quicker than normal trains. Bullet trains are notorious for their punctuality. In fact, in November 2017, a Japanese bullet train company issued an apology for departing 20 seconds early.