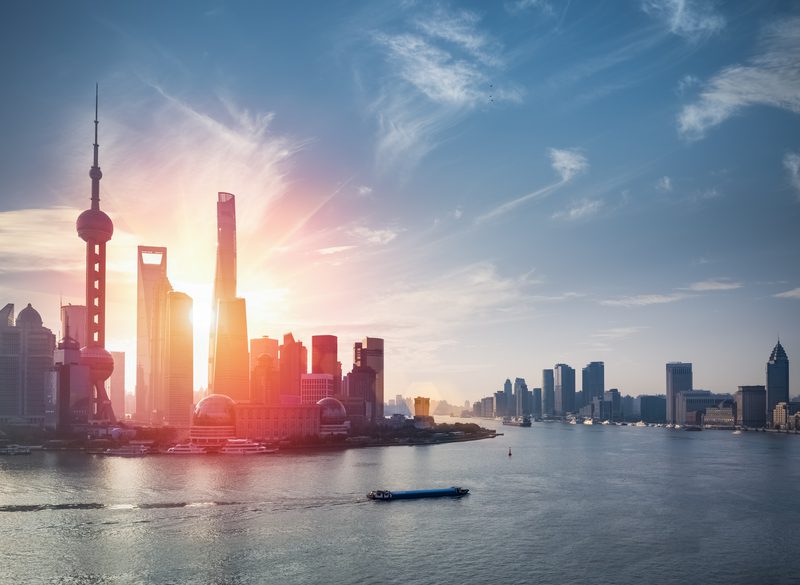 Shanghai may not have pandas like Chengdu or rice terraces like the south, but it is every bit as worthy of your time when deciding to study abroad in China. The reasons are endless for why you should choose the ‘Paris of the East’ for your study abroad programme. Below, we have tried to condense the endlessness of the reasons into just seven.

It has food from all 23 provinces in China

When you click off this article, keep in mind one thing: Shanghai is a foodie’s paradise. Forget what you learned from Chinese takeaways, this city attracts a diverse selection of the best flavors from all over the country for its hungry citizens. There’s something for everyone, such as delicious xiǎolóngbāo (soup-filled dumplings), street noodles prepared before your eyes, or, for the more adventurous, the local’s favorite–stinky tofu. What’s more, you can experience this wide variety of food all in one place: the popular Yunnan Road. This street has specialty cuisine from all 23 provinces in China – in just one place.

It’s the third-largest city in the world

To put it into perspective, Shanghai is about eight times larger than New York City, and has at least five million more people living within its city limits. A city this big means more of everything: more to do, more to see, more activities, events, and life everywhere you look. A city that big can be overwhelming, but studying abroad gives you the chance to pick up and move there knowing you’ll have a built-in cohort of fellow international students at the university of your choice.

It is a melting pot

Shanghai society has different cultures woven throughout. Shanghai has always been a meeting point of East and West, and continues to be a confluence point of cultures today. Throughout its history, Shanghai has been a major port for Europe and Asia. At points, it has been occupied by European and American concessions and also housed a community of Jewish refugees during the war. Paired with modern industry, this unique past set the stage for the global Shanghai you see today. This cultural collage can seem intimidating, and the only way to overcome this is to go out and immerse yourself in this mix of cultures.

It has an amazing public transit system

Though it is an incredible place to wander and explore on foot, Shanghai is well connected by their transport network and particularly by metro, less than $1 USD will get you almost anywhere in the city in less than an hour! Bike sharing is also wildly popular in Shanghai, giving you more ways to see new places, or change up your commute. Develop a relationship with your new home as you stumble upon new neighborhoods, restaurants, museums, and friendly Shanghai residents. Some of the best places to travel to in the city are Yu Gardens, Jing’an Temple, and the Bund.

It can be a boost to your CV

In the past 20 years, China has positioned itself to be a major player in almost every industry. This means companies from all over the globe have some connection with China and are on the lookout for employees with experience in this market. While abroad, you can practice your networking vocabulary during a language class, visit major factories and ports in the city if you study supply something like chain management, or even take on a full-time summer internship in Shanghai. Gaining internship experience, studying at a Chinese university, as well as practicing Mandarin in the commercial and financial capital of China are sure to make you stand out from the crowd.

You don’t have to be constantly budget conscious

For example, a meal at a dining hall can cost only c.10 RMB ($1.48 USD). You’ll also learn the art of bargaining – consider everything sold in a market or on the street open for a discussion. It may seem daunting at first, but once you get the hang striking a bargain in Shanghai you’ll feel like a local. A souvenir you were able to haggle for in Mandarin (or maybe just non-verbally, which is also a skill)!

Art and architecture away from the skyscrapers and lights

Shanghai’s global influences and traditional Chinese culture collide to make this city a feast for the eyes. Eastern and Western, as well as old and new architecture coexist side by side. The beautiful Jing’an Temple is nestled directly amid the hustle and bustle of skyscrapers while an art-deco slaughterhouse-turned-shopping center stands by the old Jewish Ghetto. Walking around the Bund may remind you of Europe while ultra-modern skyscrapers like the China Pearl Tower sparkle across the river. Shanghai is also home to a vibrant arts scene with museums big and small throughout, such as student favorites like the Shanghai Museum, Yuzmuseum’s famous Rain Room, and the Shanghai Urban Planning Museum.

Previous ArticleHow to do Thanksgiving stargazingNext ArticleStudy Abroad in Singapore