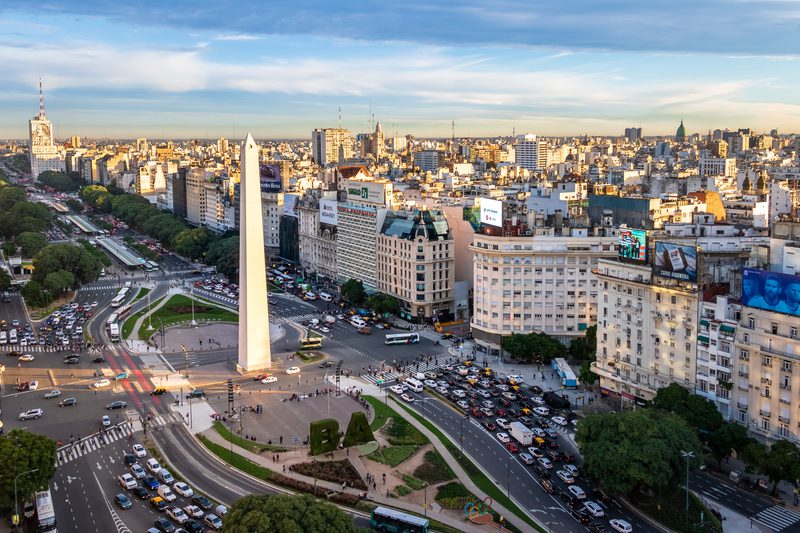 Argentina offers a wide spectrum of educational, professional and social opportunities for academic and personal enrichment and nowhere encapsulates all of this better than Buenos Aires. It is steeped in history and tradition, yet ranks as one of the most progressive and globally significant metropolitan cities in Latin America. With its gorgeous geography, thriving arts scene and top-ranking universities, Buenos Aires offers students of all disciplines a unique and valuable scholastic resource for both undergraduate and graduate studies. Here are a few reasons why Buenos Aires may be a fantastic region for your academic goals.

Buenos Aires is a food-lover’s heaven

Argentina is renowned across the world for its extraordinary cuisine. Although Buenos Aires is famous for its premium quality beef with can be found within the many delicious empanadas on offer, there are numerous other delicious options enjoyed in the region, including lentejas (savory lentil stew), smokey and slightly crispy provoleta cheese, french fries (or anything) drizzled in chimichurri sauce, tartas saladas (flaky pastry filled with vegetables) and enough desserts to satisfy the most ravenous sweet tooth! (you may find that Argentinian ice cream is tastier than Italian gelato.)

Every year, Buenos Aires hosts a huge selection of exciting festivals, including tango festivals, film festivals, gaucho and agricultural fairs and Fashion Buenos Aires, to name a few. The tango culture is so important, in fact, that it’s not unusual to see highly skilled tango dancers spontaneously break into a routine on the street!

Argentina is a mix of indigenous, African, European and Middle Eastern cultures, creating a unique and vibrant population. Buenos Aires is also one of Latin America’s most inclusive cities – it has a thriving LGBT community, and hosts the Marcha del Orgullo Gay (Gay Pride Parade) every November.

While there is no shortage of historic sites and customs, Buenos Aires has a highly advanced infrastructure, making travel easy and convenient. Public transportation may be superior to that of many major cities in the U.S.

While penguins are mainly only visible in zoos, a few penguins may travel to Mar del Plata during exceptionally cold winters. However, the public transportation systems in Buenos Aires are so good that you can easily take a brief trip to Puerto Deseado in Patagonia, Santa Cruz, where colonies of Magellanic penguins can still be spotted, although their population is in decline.

Not only is Argentina one of the most popular places to study within Latin America, it’s also one of the fastest-growing centers of university education, with 39 institutions featuring in the QS Latin America University Rankings, This growth, which is largely thanks to the economic boom enjoyed by the country in the early 21st century, has led the following universities to be considered among the continent’s finest.

You will likely find yourself studying at the nation’s highest-ranked university, the Universidad de Buenos Aires. It’s ranked 66th in the QS World University Rankings 2018. The largest university in Argentina, and one of the largest by enrollment in Latin America, the Universidad de Buenos Aires is a public university with 13 departments, 10 museums and six hospitals under its umbrella. Founded in 1821, the institution has also produced four Nobel Prize laureates, more than any other Spanish-speaking university, and counts the famous Marxist revolutionary Che Guevara among its alumni. The school does not have a main campus, but has buildings scattered across the city of Buenos Aires.

You may start feeling isolated from friends, family, and the rest of the world in Buenos Aires as it and Argentina itself is far from everywhere; travel from Europe or the US takes 12 hours or more by air. Bus journeys internally and around the rest of South America are always long. The problems with inflation and government instability affect everyone, you will find why Argentina has been unfortunate to win the unwelcome title of the only country in history to return to developing nations status. Thus, Poverty is apparent in Buenos Aires and, on a personal level, finding a job is difficult and working legally is just as hard to do. Internet, communications, and electricity services can be unreliable.