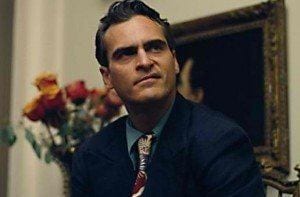 Despite what most critics are saying, Paul Thomas Anderson’s latest is far from masterful

Oscar season has officially begun with the release of “The Master,” director Paul Thomas Anderson’s hotly anticipated commentary on cultism. Said to be based on L. Ron Hubbard’s founding of the Church of Scientology, “The Master,” while intriguing at its onset, meanders for almost two and a half hours.

The film, set predominately in 1950, follows Joaquin Phoenix as the alcoholic WWII vet Freddy Quell. Quell’s addiction and mental instability prevents him from forming relationships and holding a job—that is, until he meets Philip Seymour Hoffman’s Lancaster Dodd. Dodd, the founding member of a religious group he calls “The Cause,” welcomes Quell as one of his minions in an effort to heal the damaged veteran. What follows is a slew of repetitive scenes in which Dodd oversees Quell undertaking a series of psychological exercises reminiscent of Scientologist “auditing.”

“The Master”’s strongest asset, by far, is its performances.  The role of Quell doesn’t seem like much of a departure from Phoenix’s turbulent personal life. It is truly depressing to watch the character in his recurrent drunken stupor. The manner in which Quell slurs his words, becomes violent, and laughs at inappropriate times renders him one of the most realistic movie drunks in recent history.

Philip Seymour Hoffman is engaging, as always, in the titular role. The Oscar-winning actor, a regular of PTA’s film catalogue, plays Dodd with a complicated aura of charisma and intimidation. Hoffman’s tension-filled exchanges with Phoenix are the most involving moments of the film. Also doing a fine job is Amy Adams in a performance that’s miles away from her breakthrough part in “Enchanted.” The young actress is undeniably creepy as Dodd’s brainwashed wife, Peggy.

Although “The Master” showcases quality acting from its leads, the film lumbers along at a painfully slow crawl. By comparison, Anderson’s last effort (the nearly three-hour long “There Will Be Blood”) feels fast-paced—however, that picture was propelled by a powerhouse performance by Daniel Day Lewis. Granted, “The Master” is meant to be an in-depth character study and Anderson’s works are known for their “I.V. drip” of plot development. This being said, the dramatic stakes in “The Master” just aren’t very high. The main conflict in the film revolves around whether or not Quell will overcome his personality issues and be officially inducted into The Cause.  After the “The Master”‘s hour-and-a-half mark, Phoenix’s repeated meltdowns and bizzarro therapy sessions become tedious.

Working in “The Master”’s favor is the fact that the film is beautifully crafted. Anderson’s characteristically long tracking shots are on full display. Furthermore, Radiohead guitarist Jonny Greenwood’s soundtrack perfectly fits the mood of the film.  But “The Master”’s grand aesthetics don’t make up for its prolonged runtime. Although the film gives rise to some interesting questions about the nature of religious groups and the power relationships within them,  “The Master” is more yawn-inducing than thought-provoking.