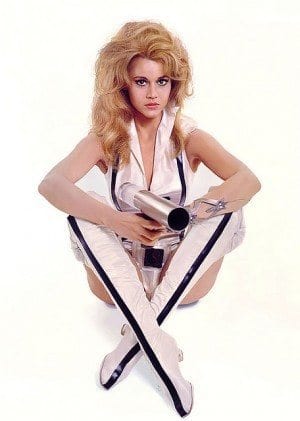 Hanoi Jane: “At 74, I have never had such a fulfilling sex life.”

Jane Fonda has at last discovered “true intimacy” with boyfriend, Richard Perry, in her 70s. Jane Fonda told The Sun in an interview that she met Perry while recovering from knee replacement surgery in June 2009.

Jane Fonda believes Perry has contributed to her love life in ways that no other lover has over the course of her storied career.

“When I had my knee replaced just over two and a half years ago, I found a lover. His name is Richard Perry, he is 70 and he is a music producer,” said Fonda. “When I moved in with him I was still using crutches; we haven’t been apart since.”

The actress continued, “The only thing I have never known is true intimacy with a man. I absolutely wanted to discover that before dying. It has happened with Richard. I feel totally secure with him. Often, when we make love, I see him as he was 30 years ago.”

Fonda told The Sun, “At 74, I have never had such a fulfilling sex life. When I was young I had so many inhibitions – I didn’t know what I desired.”