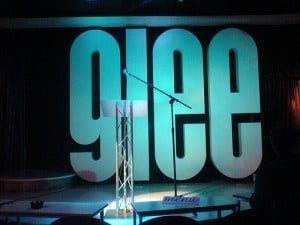 Glee star Cory Monteith has voluntarily checked himself into a rehab clinic for substance abuse, according to a representative of the actor.

Monteith, better known to Glee viewers as Finn Hudson, will sit out the final two episodes of the series while he undergoes treatment for an unspecified addiction.

His rep made the announcement to PEOPLE magazine on Monday morning.

“[Monteith] has voluntarily admitted himself to a treatment facility for substance addiction. He graciously asks for your respect and privacy as he takes the necessary steps towards recovery,” the rep told PEOPLE.

Monteith has been in rehab once before, at age 19. He has admitted in the past that he had a substance abuse problem during his teenage years, when he took “anything and everything” to get high, and claimed he was “lucky to be alive”. He talked about the experience once to PARADE magazine in 2011, saying: “I don’t want kids to think it’s okay to drop out of school and get high, and they’ll be famous actors, too.”

After the announcement, Monteith received an outpouring of support from friends, bosses and co-stars.

His co-star and girlfriend, Lea Michele, said: “I love and support Cory and will stand by him through this. I am grateful and proud he made this decision.”

Glee co-creator Ryan Murphy tweeted Monday: “I am so proud of Cory Monteith and love and support him 100%.”

Co-star Kevin McHale tweeted: “Love u @CoryMonteith, so proud of you :)”

Monteith has starred on Glee since the beginning of the show in 2009.