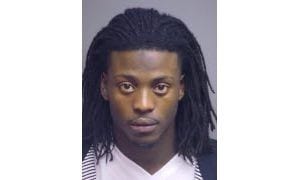 Dre Kirkpatrick has been arrested.

The Manatee County Sheriff’s Office reports that Kirkpatrick was arrested at 12:48 a.m. today for possession of marijuana. Kirkpatrick, who was booked under his full name Dandre Kirkpatrick, had less than 20 grams of cannabis in his posession.

Kirkpatrick, 22, was released after posting $120 bond, reportedly in cash.

Kirkpatrick, formerly a cornerback for Alabama, announced last week that he is leaving Alabama for the NFL.