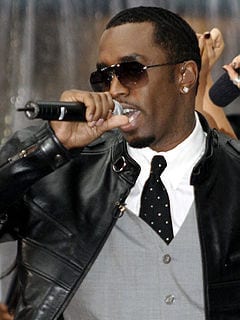 Justin Combs to play football at Division I UCLA

Diddy has plenty to be thankful for this holiday season. Rap mogul Sean “Diddy” Combs’ son, Justin Combs, has not only been accepted to University of California Los Angeles, but he’ll be attending the university on a full scholarship to play football at the Division I school.

Combs is currently a senior at Iona Prep in New Rochelle, N.Y., where he maintained a 3.75 GPA and is Head of the African American Society. Before he continues his football career at UCLA in fall 2012, he will play in the inaugural Marine Semper Fi All-American Game held in Phoenix, Ariz., on Jan. 3 as part of college football’s Fiesta Bowl Weekend.

According to ESPN.com, Combs chose the Bruins over Virginia, Iowa and Illinois despite UCLA firing head football coach Rick Neuheisel on Monday.

“I was committed before and I just thought I’m still going to go with them because I have faith in the program. I have faith that everything is going to work out,” Combs said, ESPN reports.

Combs plans to study business and finance at the university. He said that his father’s advice was to go wherever he felt was the right place for him to go.

In a statement released by DKC Public Relations, Sean Combs said, “As a parent, today is one of the proudest moments in my life. This is everything a father could want for his son, for him to excel at what he loves to do and is truly passionate about. Justin is a shining example of what hard work, determination and a strong mentality can achieve. I am honored to call him my son and am happy that he is fulfilling his dream.”

Combs’ mother, fashion stylist Misa Hylton, tweeted, “Thank you for all the Love and congrats on Justin’s scholarship. My parenting and his dedication has paid off. God is faithful!”