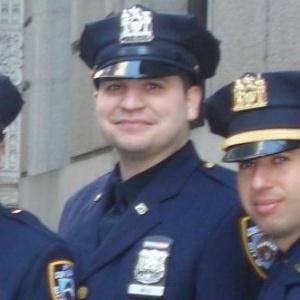 “Cannibal cop” Gilberto Valle, a New York City police officer, is accused of plotting to kidnap, rape, kill and eat women he knew by talking with others on Internet chat rooms.

Valle, 28, talked with Aly Khan, a butcher in India, about his desires, saying he longed to commit these acts on females most of all. Khan offered Valle a place to take and kill women in Pakistan.

Valle is also charged with illegally accessing a government database to hunt for women to kill. Though no women were injured by Valle, he could face life in prison if he is convicted of the crimes he is charged with.

Valle wrote about his then-fiancé to Khan, saying he would offer her to Khan and that they could string her upside down, rape, torture and kill her.

The “cannibal cop” case did not seem to faze jurors, as reported by Mercury News. They sat stone-faced through the reading of the details Valle included in emails and instant messages expressing desire to use a victim’s severed head as a table centerpiece and wanting to eat a female human’s body parts.

Women Valle targeted in his fantasies were called to testify at his trial and most had nothing bad to say about him, saying they never felt threatened by him during the times they knew him.

The alleged “cannibal cop’s” defense is mainly that the descriptions were just fantasy and were not actual conspiracy.