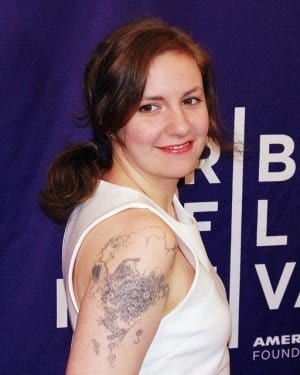 Lena Dunham, creator of the HBO series Girls, has signed with Random House for her highly anticipated advice book. After shopping the book around, Dunham has paired with Random House for a reported $3.5 million. The 26-year-old Emmy nominated producer, director, writer and actor is quickly moving up in the world and her literary work, titled Not That Kind of Girl: A Young Woman Tells You What She’s Learned, is her next venture.

Random House expressed their excitement in working with Lena Dunham, comparing the book to the likes of iconic writers that came before her.

“In the tradition of Helen Gurley Brown, David Sedaris and Nora Ephron, Dunham’s book will offer frank and funny advice on everything from sex to eating to traveling to work,” Random House said in a statement.

The proposal for the book, a supposedly humorous account of Dunham’s personal and professional life, is said to have caused a high bidding war because of the clever and engaging content Lena Dunham offered. The New York Times reports that the 66-page proposal included visuals and humor, reminding publishers of Tina Fey’s memoir Bossypants.

Random House said in Monday’s statement that it was “thrilled” to work with the author and looks forward to her future endeavors as well. Random House Editor-in-Chief Susan Kamil said Lena Dunham is “fresh, wise, so assured. She is that rare literary talent that will grow only from strength, to strength and we look forward to helping her build a long career as an author.”

If it’s anything like Girls, the Lena Dunham book is sure to be witty, honest and incredibly entertaining.