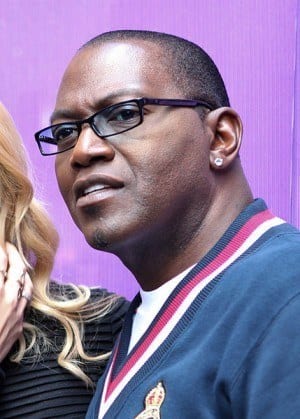 Randy Jackson denies that his brother Michael Jackson ordered to have Randy shot.

Now, Randy Jackson has said these allegations are “absolutely absurd.”

According to Fiddes, who has repeatedly sold ridiculous stories about the King of Pop to U.K. publication The Sun, Michael Jackson became paranoid over his brothers’ attempts to sign him to a Jackson Five reunion tour.

Always a legitimate reason to have your sibling killed, right?

This is the story according to Fiddes:

“By 2005 Michael had surrounded himself with Nation of Islam bodyguards and became paranoid to the point that he would bar family from coming into his home. Things reached a head when Randy was trying to force his way past the bodyguards to speak to him in one of his rented homes. Michael ordered him to be shot. He was out of mind on drugs and luckily Randy was OK. Michael shouted at the bodyguards that he wanted Randy shot, and Randy really feared he’d be killed. I don’t think Michael ever intended to kill him and told the guards to shoot him in the leg. But Randy was so scared he got on the phone and threatened to call the press.”

A rep for Randy Jackson told TMZ, “There’s no way I the world that this actually happened.”

The rep for Randy Jackson also said that the Jackson family is choosing to ignore Fiddes rather than take him to court because they see the matter as a non-issue.

Randy Jackson is only one of Fiddes’ recent targets in his attempt to stay in the media spotlight. Fiddes also accused Michael Jackson of a fleeting affair with Whitney Houston.

A love child from that affair would have come out of the womb in wearing sequins and hitting high notes in two octaves.

Next Fiddes will be telling us that Michael Jackson was really the son of Elvis Presley and Queen Elizabeth, and that Randy Jackson has been heading the cover-up all along. Time to start ignoring his ludicrous allegations.