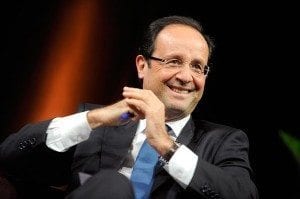 While the European austerity method is meant to be associated with growth, it instead causes major dissatisfaction. The noun, “austerity,” is used to describe the method that aims to strengthen Europe’s economy. France’s recently elected President Francois Hollande has caused a growth in pride in the nation’s citizens along with his advocacy of growth. Meanwhile, with the strength that austerity actually trumps come major trials of debt to European citizens – namely the Portuguese, the Irish, the Greek and the Spanish. All these nations face major interruptions within their daily lives.

Greece has faced constant cuts, including health care, education, pensions and public sector salaries. Such actions have caused strikes and riots to erupt within the nation, in effect for the past two years. Such eruptions have led to interruptions within academic schedules, airport and train station operations and medical services. Not only has austerity caused uproar in Greece, but in an Italian museum, employees also burned paintings to attack the lack of acknowledgment and funding the arts get. Additionally, protests have exploded in England as university tuition rates sky rocket. Austerity has caused unemployment in both Portugal and Spain, and according to the U.S. Bureau of Labor Statistics, Portugal’s unemployment climbed from 12% to15% within the past two years, Spain’s having flown to 24%. To top that, rent control no longer exists in Portugal. The blooming youth are taking a substantial blow from the labor laws in Spain, also lifting restrictions to hire and fire, as the impact of austerity grows.

The word, “austerity” is associated with the gradual vicinity of revenues to expenses. Too many cuts are being made, and the European citizen’s morale is plummeting. Hollande encourages high government spending at a time like this, rather than promotion of austerity.

“The proposals called ‘austerity’ are characterized as going back to the Stone Age with the connotation of drastic, draconian, sharp, sudden reductions in spending,” says John Taylor, Stanford University economist. Such efforts are meant to increase the power of their economies, but Europe’s economy is far from prevailing.