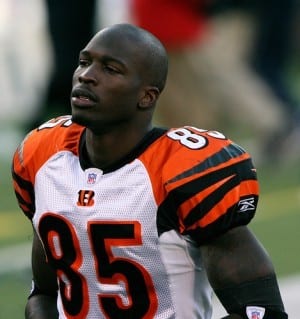 Chad Johnson was vying for a spot on the Miami Dolphins when he was arrested on Aug. 12. Then-wife Lozada accused him of head-butting her during a disagreement and promptly filed for divorce. Johnson has since lost his sport on Miami’s roster and many doubt he will get another chance at a professional football job. The football player appeared to be aware of all he has lost in the recent weeks in an interview on Showtime’s Inside the NFL.

Johnson is taking full responsibility for the head-butting incident and says he’s been taking anger management classes. He seems sincere in bettering the Chad Johnson image and has high hopes of returning to the NFL.