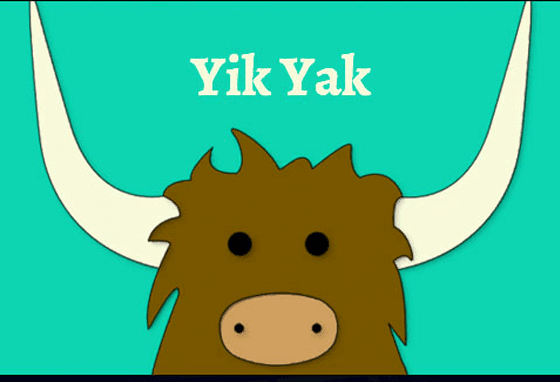 They will moderate the photos before they appear in your feed

Yik Yak, the social media app with a…controversial history is now allowing users to post photos through the app.

In the past, users have abused the app by posting racist and sexist remarks, bomb threats, and generally rude or derogatory comments. It became a new outlet for cyberbullying on middle and high school campuses (now, the app won’t let you post if you’re on or near a middle or high school campus). With a history like this, some people are worried that encouraging users to post photos will only exacerbate the issue.

“We’re moderating photos before they appear in your feed, and there are a few guidelines to keep in mind — no inappropriate photos (anything you wouldn’t send to your mother), illegal content, or faces will be allowed in local feeds,” the company wrote in a blog post announcing the change. “However, we’ll still let you show off a pic of you and your bestie in photo collections within the Explore section of Peek.”

The creators hope that the app can be used as a news source and place for discussion. “Imagine people in Ferguson, Missouri Yik-Yaking about what’s going on,” Buffington told Forbes (during the peak of the Michael Brown controversy). “Anytime anything newsworthy happens, people are going to be going to Yik Yak to see what people there are saying.”

For now, they’re keeping their focus on the photo-sharing idea, not available to all users just yet. “From showcasing the prime loot to be found at your local yard sale, to sharing the view of campus from your dorm window, to the yakker who used a pic to help locate the owner of a lost dog, it’s clear that photos can be a wonderful part of yakking about the world around you. And we want all of you to have the chance to visually share what’s going on nearby,” they wrote on the blog.

ALSO READ: 4 Must Have Apps That Make Life Easier