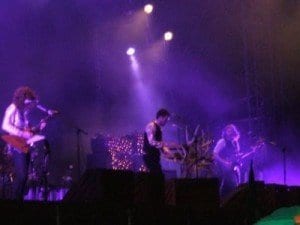 Saxophonist for The Killers found in his Las Vegas home

Tommy Marth, saxophonist for The Killers, was found dead on Monday in the backyard of his Las Vegas home with a gunshot wound to the head. He death has officially been ruled a suicide.

The 33-year-old Tommy Marth had most recently been a nightlife marketing manager at the Hard Rock Hotel in Vegas. He had never been a permanent member of The Killers, but he started touring with them in 2008 and contributed to their second and third albums, Sam’s Town and Day & Age.

The Killers went to their Twitter writing, “Last night we lost our friend Thomas Marth. Our prayers are with his family. There’s a light missing in Las Vegas tonight. Travel well, Tommy.”