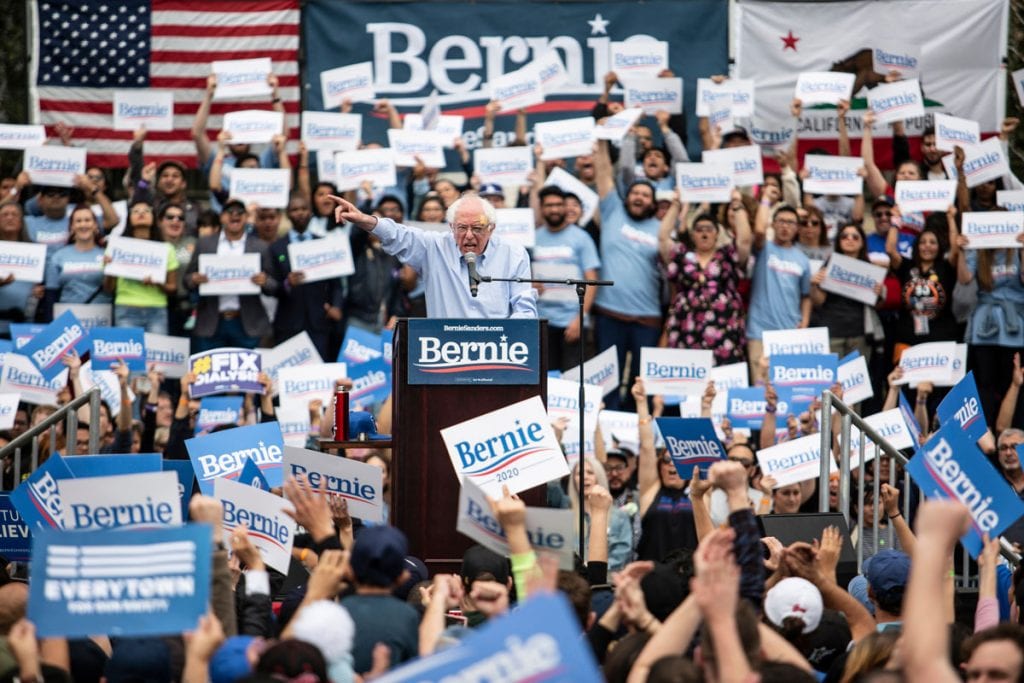 Following the indecision and bungled caucus in Iowa, the race for Democratic nominee for President finally has a result to rally around. Senator Bernie Sanders narrowly won the New Hampshire primary on Tuesday with a tight lead over more moderate candidate former mayor Pete Buttigieg.

“This victory here is the beginning of the end for Donald Trump,” declared Sanders last night.

The other 2020 frontrunners, Senators Amy Klobuchar and Elizabeth Warren, finished third and fourth respectively. Former Vice President Joe Biden, who many previously believed would be the nominee, finished in a far fifth place, giving his campaign a tough road ahead.

Technology entrepreneur Andrew Yang who campaigned heavily on the issue of setting a Universal Basic Income dropped out of the race after securing less than three percent of the vote and no delegates. Colorado Senator Michael Bennet also ended his campaign.

In New Hampshire Primary, Bernie Sanders benefitted from a field that has divided voters

With only 26 percent of the vote, Sanders eked out the lowest winning Democratic primary vote share in New Hampshire in almost 70 years. This is especially noteworthy, as in 2016, Sanders beat Hillary Clinton with 60 percent of the vote to her 38 percent.

However, the race is strikingly different this time. The field has divided voters between two progressive candidates (Sanders and Warren) and three moderate ones (Buttigieg, Klobuchar and Biden). Historically, by the time candidates reach the New Hampshire primary, the field has narrowed dramatically. And while the field has been culled from its initial 28 down to its current nine, that’s still more strong candidates than voters typically encounter in New Hampshire.

Some needed momentum after Iowa

After last week’s debacle in Iowa, candidates felt robbed of a chance to head into New Hampshire with some momentum from a declared victory. A mishandled app, combined with an already complex system of counting votes, lead to prolonged period without any clear results.

Pete Buttgieg declared victory before any results were in, leading many to criticize him campaign. #MayorCheat began trending on Twitter, and reporters pointed out the financial connection between the tech company that designed the caucus app and Buttigieg’s campaign.

After a recount several days later, the results did show that Buttigieg had won with a narrow victory of 0.1 percent and one delegate. However, the momentum candidates usually gain from a victory in Iowa—historically, this is when Barack Obama’s campaign really gained traction—was lost in a packed news week that included a highly divisive and showy State of the Union speech and President Trump’s impeachment vote that resulted in an acquittal.

An emboldened President Trump, watching chaos in the first Democratic caucus and certain he was to be acquitted later that week, declared himself the winner of Iowa. Polling reflecting this claim, with Trump’s approval rating going up 0.4 percent between the beginning of last week and the end.

After New Hampshire primary, is Bernie a sure thing?

The New Hampshire primary is historically the point in the race when the front runner becomes, if not inevitable, nearly so. After New Hampshire, often the electorate sees candidates end their campaigns, throwing their endorsements behind the frontrunners. And while Tuesday’s race did see Yang and Bennet drop out, neither candidate was a clear threat to any of the five leading figures.

Sanders’ campaign is already benefitting from his strong performance in New Hampshire, as well as Iowa. He’s also the only frontrunner who has raised enough money to finance a robust advertising and get-out-the-vote effort in Nevada and South Carolina, the next two states to vote, as well as in the 15 states and territories that vote on Super Tuesday, March 3.

Strong results and a flush purse are weighing heavily in Sanders’ favor. However, he still faces daunting obstacles. Most notably, he has not yet demonstrated an ability to build a broader coalition beyond his loyal faction of progressives.

Nevada’s upcoming caucus will also test the candidate’s popularity with minority voters, of whom there were not many in the majority white Iowa and New Hampshire.

Former New York City Mayor and self-funding candidate Michael Bloomberg may also be a formidable challenge in the upcoming races. Bloomberg entered the race in November—far later than the other candidates—planning to use his vast wealth to run a different kind of campaign. He didn’t competed in the first nominating states, but he’s hoping to make a strong showing on Super Tuesday. Polls currently show Bloomberg rising nationally in some of those contests, in part because he’s been one of the only candidates who has been able to buy advertising in those states.

For primary voters, their concern in 2020 is less about picking a certain nominee and more about making sure that nominee is someone the electorate can rally around. The 2016 election paralyzed democratic voters who no longer trust their own analysis and instincts. Democrats are worried about one thing: Who can beat Donald Trump.

Democrats are worried about one thing: Who can beat Donald Trump.

When viewed through that lens, choosing from the myriad of candidates becomes infinitely more complicated.

Although Sanders has run a strong campaign so far, he’s proven polarizing to moderate democrats. And there are deep doubts across much of the party about his ability to win the general election. It is unclear whether he will be able to ease those concerns in time to take control of the race during March.