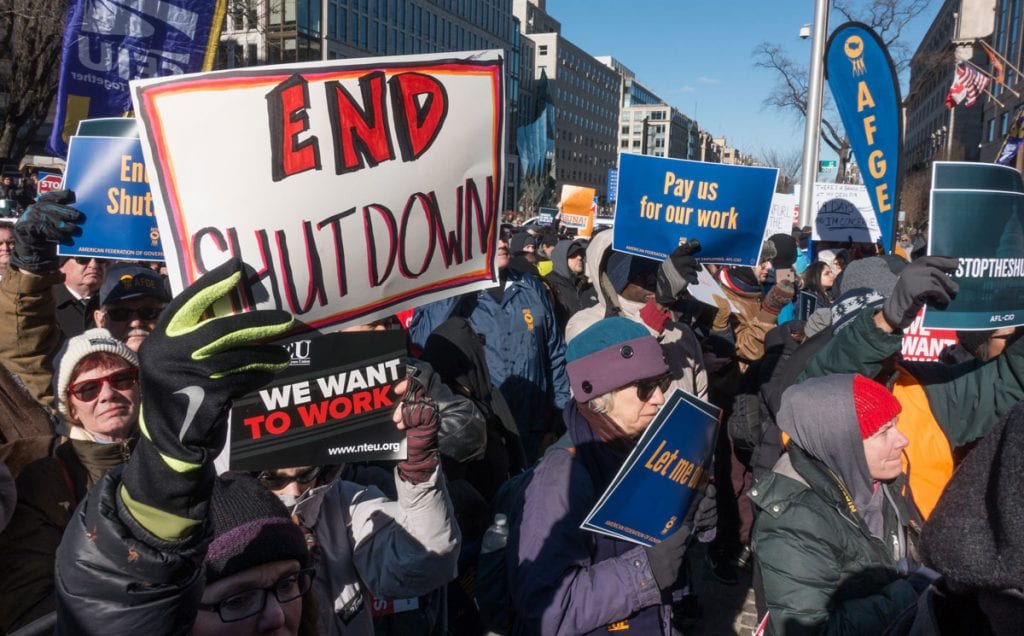 The President’s State of the Union message is traditionally meant to bring Americans together. However, even before his speech began, President Trump’s stage was marred by deep division and bipartisanship.

The annual address was delayed owing to a 35-day government shutdown, during which House Speaker Nancy Pelosi and President Trump issued statements back and forth about the date of the speech in an ongoing power struggle. The only other time a State of the Union address has been delayed was in 1986, when President Reagan made the decision to postpone the speech in light of the Space Shuttle Challenger disaster.

Even setting aside the turmoil of the last six weeks, the President’s annual speech comes after a year that saw (among many other breaking stories) a contentious Supreme Court Justice appointment, a divisive midterm election, an ongoing battle over immigration policy and the Mueller investigation.

So, with this backdrop, President Trump took the national stage on the evening of February 5, 2019 and delivered his State of the Union address. Here’s what you need to know.

Democratic women came to the House floor wearing white in honor of the 100th anniversary of Congress voting to grant women the right to vote. The show of solidarity was a visually striking scene amongst the usual black suits, thanks to the record number of women elected to Congress in the 2018 midterms.

This State of the Union photo shows how successful women were in the 2018 election #SOTU https://t.co/NfFyGIhxWM

He was interrupted by cheers as the women—almost exclusively Democrats—high fived and hugged each other to celebrate the momentous achievement. To which the President responded, “You weren’t supposed to do that.”

The celebration of the record number of women in Congress turned into a “USA! USA!” cheer that the entire chamber took up. Despite the fact that many of the women elected in 2018 were not only driven to run but spurred to victory by their opposition to the President and his policies, he seemed to love the moment.

For the first time since President Trump has been elected, he’s facing a government that is not entirely Republican. Now that the Democratic majority that was elected to the House of Representatives in the midterms has assumed office and the government is open again, the President is facing the possibility of investigation. He addressed this specifically in his speech.

“If there is going to be peace and legislation, there cannot be war and investigation. It just doesn’t work that way,” said Trump.

It’s a statement that alludes to the power the Trump presidency believes the executive branch should have—particularly given that the administration is in the midst of an investigation led by special counsel Robert Mueller, his company is in the midst of an investigation by the Southern District of New York and House Democrats are preparing a series of investigations into, among other things, Trump’s Cabinet, his taxes and the firing of FBI director James Comey.

But it’s a statement that could also be a response to the attitude behind the comments such as that of incoming Representative Rashida Tlaib (D-MI), who said just hours after being sworn in “We’re gonna go in there, and we’re gonna impeach the motherfucker!”

The border wall is still a rallying point

The border wall is one of the central promises of the Trump campaign, the matter that kept the government closed for over a month and a point of contention for the administration. And it is one from which the President is not backing down.

When the government was reopened, it was through a bill offering a three-week fix to a problem to which a solution had not yet been come. In his speech, Trump noted that there are just 10 days left for Congress to pass a bill to “secure our very dangerous Southern border” in order to avoid another shutdown.

Many people were listening to find out if the President would declare a national emergency on the southern border during his State of the Union address—something that would allow the border wall to be built without Congressional approval. There were no mentions of declaring a state of emergency or whether Trump would resort to this measure in future if no other way of getting the wall built became apparent.

In a divided country, none of this means much

Part of the mass interest in the State of the Union address lies in following the reactions of the opposing party. The audience got this from New York Senator Kirsten Gillibrand’s eye roll and California Senator Kamala Harris’ expression of dismay, as well as a few other faces caught on camera.

However, for most of us, watching the reactions of our Congressional representatives reminds us that one big speech doesn’t change people’s views—and the State of the Union is just one big TV show anyway.