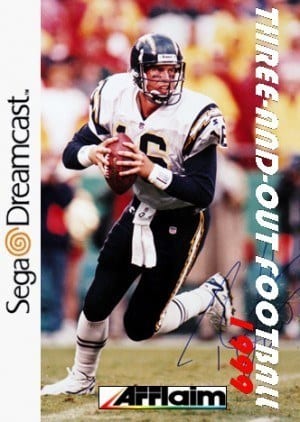 Ryan Leaf is being regarded as the biggest bust in history as an NFL quarterback and the saga only continues. Leaf has recently been arrested for burglary in his native state Montana. This arrest comes just four days after the former college star posted a $76,000 bail for the same charge.

Authorities painted a rough picture of the quarterback gone criminal who breaks into homes to steal prescription pain medication. Last Sunday in Great Falls, Montana, home owners walked into their house to find “a tall man with an athletic build” inside. The man told the couple he had the wrong address and left, but wouldn’t get away so easily after the couple realized three bottles of prescription medications were gone. The police had a good idea of who committed the crime, and after the couple identified the man in a photo lineup, Leaf was later picked up.

After searching Ryan Leaf’s residence, Police found 89 hydrocodone pills loose in a bathrobe and police believe they were the same pills from the burglarized home. After obtaining a warrant, Police took Leaf’s truck downtown in hopes of linking his GPS to multiple burglaries in the area recently.

Ryan Leaf will now remain in custody as authorities are to decide whether or not to release him again on bail or to open more charges that would keep him in custody for a violation of probation.