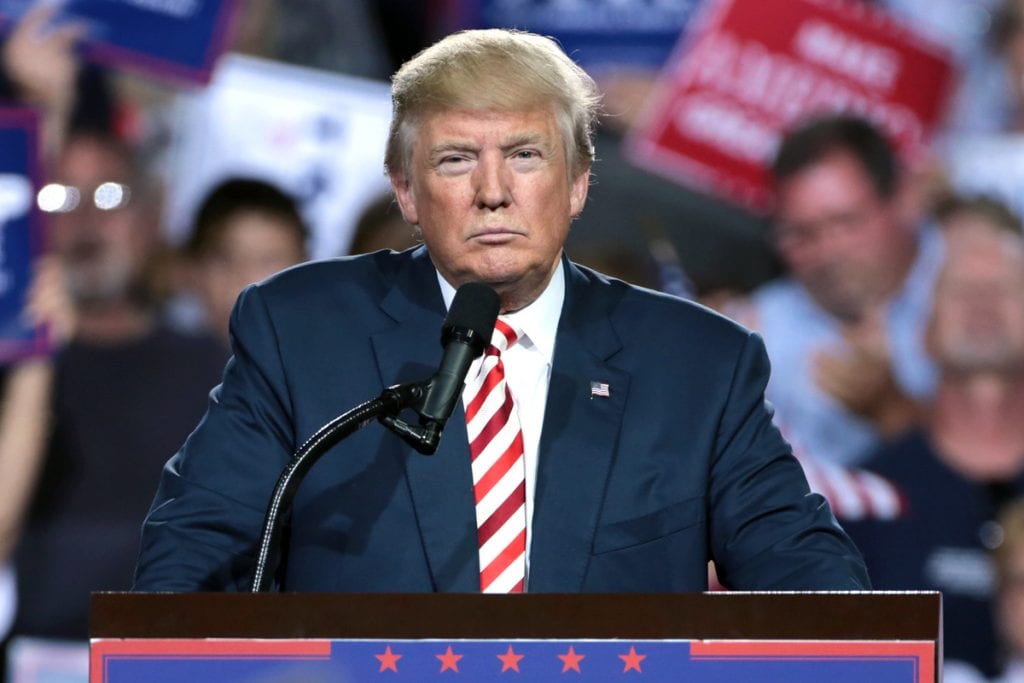 Donald Trump became the third president in US history to be impeached last night.

But what does that actually mean?

It does not mean that the President is removed from office. This is common mistake made by many. It does, however, mean that he could be.

Former Presidents Bill Clinton and Andrew Johnson were also impeached, however neither were removed from office. There is a possibility, that Trump could be the first ever.

The impeachment takes place after a three month Democratic investigation into whether the President pressured Ukraine to investigate his political rivals, and thus help his chances of getting re-elected in 2020.

Trump, however, completely denies any wrongdoing.

What does impeachment actually mean?

Put simply, ‘to impeach’ means to bring charges against a government official. However, it happens in several stages.

The first stage of impeachment happened last night. The House of Representatives takes a vote on two articles of charges. The next stage heads to the Senate where a trial will be held.

In short, Trump is technically impeached, however the real decision will take place in January, where the Senate decide whether to remove Trump from office altogether. For now, Trump is still President.

What exactly is he accused of?

Trump is accused of two things. First and foremost, he is accused of abusing his presidential power, using it for personal political gain and boosting his chances of re-election in 2020.

It is said that the President did this by pressuring Ukraine to dig up damaging evidence against one of his main Democratic rivals, Joe Biden and his son, Hunter Biden. The President is accused of using two things as bargaining chips to Ukraine: withholding $400m military aid that Ukraine had been allowed by congress, and a meeting at the White House for the Ukraine President.

The Democrats state that this wasn’t just an act fuelled by hopes of personal gain, but that it was harmful to national security.

The second charge brought against Trump, is his refusal to co-operate with the initial impeachment inquiry.

This all started in September, when a whistleblower, an anonymous intelligence official, wrote a letter which expressed concern regarding Trump’s call with Ukrainian President Volodymyr Zelensky. A transcript of the call revealed that Trump had indeed urged Zelensky to investigate damaging suspicions against Joe Biden and his son.

This came shortly after Trump’s blockage of the $400m military aid.

The second bit of evidence came in the form of an official letter, stating that Trump would release the money, on the condition that Ukraine investigated the Biden’s.

Does Trump have a defence?

Trump strongly denies any wrongdoing. He claims that the Democrats have been trying to impeach him since he was first elected in 2016, calling the impeachment inquiry a ‘witch hunt’.

According to Trump, it was completely called for and within his right to ask Ukraine to investigate ‘corruption’.

All in all though, the Republicans have three defences. That Ukraine’s president felt no pressure, that the Ukrainians were unaware that the aid was held back, and that the military aid was eventually released.

Whether Trump’s defences are enough to keep him in office is yet to be decided.

Now, a trial will be held in the Senate, after which senators will vote on whether to convict the president of the above charges.

See also: Research Reveals Half of Gen Z Will Never Own Significant Assets
Essential Guide to the 2020 Election
Whistleblower’s Complaint Alleges Interference by Trump in Election