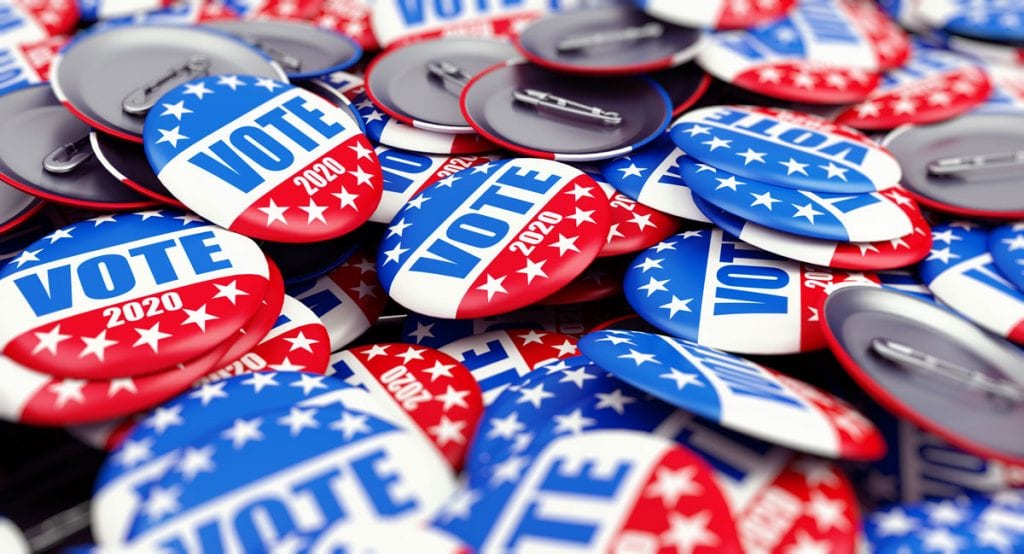 On November 3, 2020, Americans will head to the polls and render their verdict on Donald Trump’s presidency. For many reasons, this election is looming larger than those in previous years—so much so that 25 individuals (23 Democrats and two Republicans) have announced their candidacy for president in 2020.

With that many names to keep track of, not to mention the issues, we’ve broken it down into an essential guide.

Why is everything so wild?

In an average year, maybe two or three people will run against each other for the party nomination for president. This year, there are 25 people in the running, with three that have already dropped out.

This election is about Trump. In 2016, the current President pulled off a mammoth political upset against Hillary Clinton, taking swing states such as Florida and North Carolina, while overcoming the supposed “blue wall” in Pennsylvania, Wisconsin and Michigan. This time the candidates are different, the issues are different and the electorate has changed. Everyone is watching with bated breath wondering, can Trump do it again?

While most attention is focused on the presidency, the general election will also determine control of Congress, state legislatures and governorships. Power in the Senate will be up for grabs, with 34 out of 100 seats up for election in 2020—about a third of those seats look competitive. Democrats will also try to defend their majority in the House of Representatives.

There are more than 224 million people of voting age in the US. The 2020 electorate will be more diverse and younger than ever before, according to a January 2019 analysis from the Pew Research Center. Non-white voters will account for a third of eligible voters—their largest share ever—and one in 10 eligible voters will be from Gen Z (between ages 18 and 23).

In 2016, about 30 percent of Americans who were eligible to vote decided not to or were blocked; however, given the surge in turnout for the 2018 midterm elections, 2020 could see an expanded electorate. However, experts say voter suppression and gerrymandering may have hindered Democrats in 2018 and may continue to counter the effects of a more enthusiastic voting base.

Explain primaries to me

The primaries and caucuses are a series of contents in all 50 states plus Washington DC and outlying territories, by which the party selects its presidential nominee. The goal for candidates is to amass a majority of delegates whose job it is to nominate the candidate. In some states, delegates are awarded on a winner-take-all basis; other states split their delegates proportionally among top winners.

The goal for candidates is to win early-voting states and create name recognition and a sense of momentum. Sometimes the nominee emerges quickly, but the last two major Democratic primary contests, pitting Barack Obama against Clinton and then Sanders against Clinton, have lasted from the Iowa caucuses in January through late spring.

Then the race begins

The general election, the race for president that most voters think of, begins in earnest after the conventions when there are two clear candidates. This is when the candidates hit the campaign trail, unveil their running mates and step up to the national debate stage. For Trump, his work will also include the business of the presidency.

Then November 3 will come, votes will be cast and it will all come down to the electoral college.