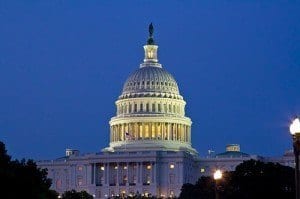 The sequestration will occur at midnight tonight and could last for as long as seven months if the White House and Congress continue to not agree on a new budget plan.

This means that government agencies will have to find ways to sequester money from their budgets, totaling $85 billion, collectively.

The sequestration can be stopped at any time, if Congress decides on a more viable budget plan.

The main solution to the sequestration Democrats have offered is closing tax loopholes for large corporations and the wealthy. Republicans have not agreed to this.

If the sequestration does fully complete, it could cost the United States 0.5 percent of a point and negatively impact the global economy, according to the International Monetary Fund.

The Congressional Budget Office will have to submit necessary budget cuts to government agencies. The office predicts that 750,000 jobs could be lost. The Pentagon will have to cut 13 percent of its budget. Non-defense programs will face a nine percent reduction.

“This is not the apocalypse,” President Barack Obama told reporters. “It’s just dumb.”

Obama said the lack of a new budget and the sequestration is the fault of Republicans.

“This discussion about revenue in my view is over,” House Speaker John Boehner said to reporters about closing tax loopholes, as Democrats proposed.

To try to stop the sequestration, Obama will meet with moderate Democrats and Republicans and try to find common ground and make them act on their ideas.

“There is a caucus of common sense up on Capitol Hill,” he said. “It’s just it’s a silent group right now, and we want to make sure that their voices start getting heard.”