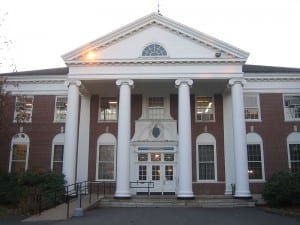 Board of Trustees and Gov. have differnt views

UMass and their Board of Trustees has put forth a motion to increase the schools tuition by 4.9 percent. This means that UMass students would pay roughly an additionally $580 for the 2012-2013 school year, generating about $25 million in revenue.

However, the board has offered to lock rates for the next two years; though, this is contingent on 50 percent of funding being restored to UMass’s education budget by the state.

Deval Patrick, Massachusetts’ governor, sent a letter to UMass President Robert Caret, stating that he has instructed the Secretary of Education Paul Reville, whom sits on the board, to vote against the tuition hike.

“Like the rest of state government, UMass must demonstrate that it is doing more with less before asking more from students. And I am not convinced that UMass has yet done enough to find efficiencies and reduce costs so that any new revenue is dedicated to teaching and learning,” wrote Gov. Patrick in a letter

The Board of Trustees wants the increase because they say the school faces $63 million in rising costs from union contracts and debt services.

The UMass school system includes UMass Amherst, UMass Boston, UMass Dartmouth, UMass Lowell, and the UMass Medical School. The Amherst branch was the first to be founded in 1863.