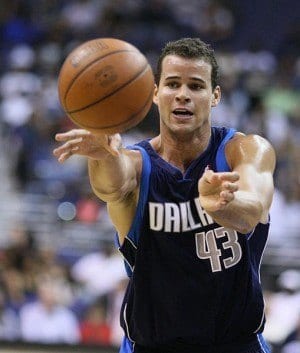 Kris Humphries seems to have a type: Kim Kardashian.

Kris Humphries and Kim Kardashian were married for 72 days until Kardashian filed for divorce on Oct. 31.

Reports emerged of Kris Humphries dating Sinanaj after they were photographed on a Miami beach over the weekend. Many Internet commenters were quick to note the similarities in appearance of Sinanaj and Kardashian.

Kris Humphries has denied the report, saying Sinanaj had just pulled up a beach chair next to him, and nothing more.

However, sources told TMZ Humphries story is false and that he actually flew in from New York to Florida to be with Sinanaj. They also claim the alleged couple met at the five-star hotel she works at in New York.

Kardashian and Kris Humphries have set their deposition dates to continue with their ongoing divorce for later this month.