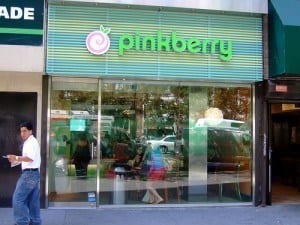 Pinkberry’s Young Lee is being accused of beating up a homeless man last summer.

It is believed that Lee chased down a homeless man who approached his car in downtown LA on June 15, 2011. The homeless man, asking for money, was then beat by Lee and another person with a tire iron.

The homeless man had to receive hospital treatment for his injuries.

Leading up to the warrant for his arrest, witness reported the incident and even wrote down the license plate of the Range Rover that was rented in Lee’s name. The weapon was seized from the vehicle. Witnesses also identified Lee from a photo display.

According to LAPD’s Fugitive Warrants Task Force, bail is set at $60,000 and he still remained in custody as of this morning.

Lt. Paul Vernon said, “This case is emblematic of how the homeless are among the most vulnerable in our society.”