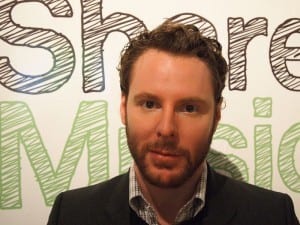 Is the Chatroulette (but with clothes) video chat service too awkward to succeed?

Airtime, a video chat service that combines the best of what the Internet has to offer, was pitched to be a success.

With stars like Snoop Dogg, Jim Carrey, Olivia Munn, Julia Louis-Dreyfus and Joel McHale all at the product’s launch party on June 5, it was positioned for nothing but a surefire hit. Having been developed by Napster co-creator Sean Parker didn’t hurt either.

Too bad its launch turned out to be almost a failure.

In the middle of these big-name celebrities and the big-name tech giant’s video chat sessions, Airtime repeatedly glitched and crashed so many times it was reportedly almost nonfunctioning.

To make the mess worse, media attendees and tech reviewers live-tweeted the problems occurring with Airtime, letting the whole world in on the fact that this product wasn’t exactly up to its originally projected standards.

writer Greg Sandoval was rather blunt with his critique.

“To launch his new start-up, Sean Parker should have spent less of his billions on celebrity guests and more of it on fixing his technology,” he said.

But if its problems get fixed sooner rather than later, there’s potential that Airtime could succeed.

Airtime is basically a combination of the Internet’s most-used social services.

It brings together the best aspects of the tech world, combing video chat style of Skype, Youtube-sharing capabilities of Google+ Hangouts, the fun random approach of Chatroulette and the social reach of more than 900 million active, verified users with a connection to Facebook.

More than anything, Airtime is about connecting. But unlike Chatroulette, which is done completely at random and lost much of its credibility when it became almost pornographic, the new video chat service makes assumptions that users will have something in common with each other.

As users log onto Airtime.com, they’re presented with two video-chat windows, possible friends to chat and a list of topics they may want to discuss based on Facebook “likes.”

Users can also talk to someone based on location, starting up conversations with someone who is on Facebook and in the same geographic area.

This may seem ideal in theory, but some are wondering if users will actually want to chat with complete strangers and won’t hang up on them after a few minutes, or even seconds.

Another hang-up users have with Airtime is their Big Brother-like practices.

Airtime justifies this move, saying they only do so to ensure its users are fully clothed and are provided a safe chatting environment.
Still, the success of Airtime is up the air and will only be determined by improved capabilities and, more importantly, user reactions.

Airtime is now available for use and does not require any special downloaded software. However, users must have a webcam and be logged into Facebook Connect.