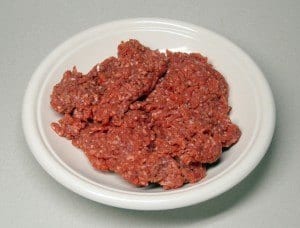 Is it unsafe, or just unappetizing?

Pink slime has gone viral, and Americans are repulsed to finally know what they have been eating for years.

If you aren’t one of the millions of Americans who have read about pink slime recently, here’s a little background.

Pink slime is pieces of meat and muscle salvaged from slaughterhouse floors and treated with a pink ammonia to kill any dangerous pathogens. The pink goo is used in the food industry as an anti-microbial agent in meats, and it’s regulated by the U.S. Department of Agriculture. They classify it as “generally recognized as safe.”

When the story originally broke in January, fast food chains like McDonald’s abruptly ended the use of pink slime meat. But, the USDA announced recently that the government will continue to purchase pink slime to be served in school lunches.

Let it be noted, pink slime is not only used in beef. It’s the chicken nuggets too. Have you ever looked at a chicken and thought, “Oh, there’s the breast, the keel, the leg and the nugget?”

Pink slime has parents concerned about the nutritional value of their children’s school lunches. Over the weekend, Beef Products Inc. (BPI) declared its “lean finely textured beef,” or LFTB, which is the “official” name for pink slime, is actually beneficial for school kids.

“Including LFTB in the national school lunch program’s beef products accomplishes three important goals on behalf of 32 million kids,” BPI spokesman Rich Jochum said, “It 1) improves the nutritional profile, 2) increases the safety of the products and 3) meets the budget parameters that allow the school lunch program to feed kids nationwide every day.”

Using pink slime shaves 3 cents off the cost of every pound of ground beef.

Parents nationwide have growing concern about the use of pink slime. Spokespeople for private and government-run organizations are stepping up to make statements about pink slime.

One of the biggest questions in the debate though is: Why isn’t inclusion of this ingredient revealed on ground beef labels? Well, according to the USDA, pink slime isn’t an ingredient. It’s a processing agent. Processing agents don’t have to be included on labels.

“The fact is BPI’s Lean Beef Trimmings (BLBT) is beef. The beef trimmings that are used to make BLBT are absolutely edible. In fact, no process can somehow make inedible meat edible; it’s impossible. In reality, the BLBT production process simply removes fat and makes the remaining beef more lean and suited to a variety of beef products that satisfy consumers’ desire for leaner foods.”

The statement continued, “The beef industry is proud to efficiently produce as much lean meat as possible from the cattle we raise.”

In a nation where obesity is a growing epidemic, and processed foods are the norm, the pink slime controversy may be an awakening for America. The beef industry continues to support the use of pink slime, and campaigns against it are growing rapidly, so it is hard to tell where the battle will end.But, one thing has become clear in this debate.

Americans are becoming aware of what is really in their food.