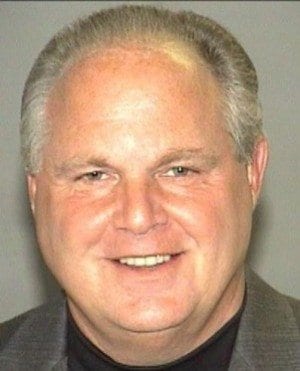 Rush Limbaugh is still losing support over his attack on 30-year-old Sandra Fluke last week. Limbaugh verbally attacked Fluke on his show after she testified to Congressional Democrats last Wednesday in favor of health care policy that would require all employers and other organizations to cover the cost of contraceptives for women.

Over a series of three days, Rush Limbaugh attacked the female Georgetown law student, calling her “a slut” and a “prostitute” and suggesting that she post sex videos online. “So Miss Fluke, and the rest of you feminazis, here’s the deal. If we are going to pay for your contraceptives … we want something for it. We want you to post the videos online so we can all watch.”

Not only did Rush Limbaugh attack Fluke, he criticized her parents as well, saying, “Can you imagine if you’re her parents how proud of Sandra Fluke you would be? Your daughter goes up to a congressional hearing conducted by the Botox-filled Nancy Pelosi and testifies she’s having so much sex she can’t afford her own birth control pills and she agrees that Obama should provide them, or the Pope.”

The talk-show host is known for his conservative views and provocative commentary, but many feel that Limbaugh’s remarks were out of line this time. Over half a dozen sponsors have pulled their support of the show, including e-retailer ProFlowers, lender Quicken Loans, mattress peddlers Sleep Train and Sleep Number, software maker Citrix Systems and online service companies Carbonite and LegalZoom.

Rush Limbaugh’s apologists insist that he’s just an entertainer, but he is undoubtedly a powerful conservative voice and should be more careful with his words.

Limbaugh released a statement on his website apologizing to the student. “For over 20 years, I have illustrated the absurd with absurdity three hours a day, five days a week. In This instance, I chose the wrong words in my analogy of the situation. I did not mean a personal attack on Ms Fluke,” the statement read. “I sincerely apologize to Ms. Fluke for the insulting word choice.” He released the apology on Saturday after four sponsors announced they were severing ties with show.

Republican presidential hopeful Ron Paul openly scorned Rush Limbaugh on the CBS program “Face the Nation.” “I don’t think he’s very apologetic. He’s doing it because some people were taking their advertisements of his program. It was his bottom line that he was concerned about.”

Republican John McCain also felt that Limbaugh had gone too far. “Well, I’m sure he’s an entertainer, but his remarks are totally unacceptable, totally and completely unacceptable,” he said on the CBS program “This Morning.”

Fluke refuses to be intimidated by Rush Limbaugh, saying that she has not ruled out suing the talk show host. “No woman deserves to be disrespected in this manner. This language is an attack on all women and has been used throughout history to silence our voices,” she said in a statement.