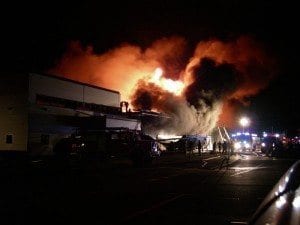 After a two hour long investigation of the yacht explosion call, not even a concerned relative was found

A nonexistent yacht explosion in the Atlantic, 17.5 miles from the N.J. coast Monday instigated a search that found nothing.

The call for help claimed that seven to nine of the 21 passengers aboard the Blind Date were badly burned while all passengers made it safely into a lifeboat. But, the search did not find a boat nor did it find any people.

There was no evidence of the alleged yacht explosion- no debris, no nearby passengers, and no calls from concerned relatives. And, the daughter of one of the two Blind Date yacht owners said she had not heard of any such explosion.

“This case is now being investigated as a possible hoax call,” the Coast Guard said in a statement.

According to The New York Times, hoaxes like the yacht explosion occur often in the New York area, but the Coast Guard did not have statistics on hand. In a similar instance on June 14, 2011, a rescue mission was called for a sailboat named Courtney Lynn, reporting that the sailboat was quickly sinking. After a 10-hour search, nothing was found, and nobody has been prosecuted since.

A press conference will be held at 10 a.m. Tuesday, and an investigation of the creator of the hoax is underway. A $3,000 will be offered for prosecution of the person responsible, according to The Associated Press.