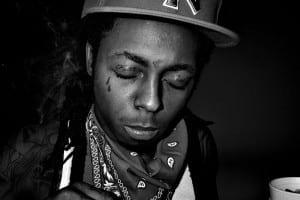 Lil Wayne is no stranger to lawsuits and he’s recently been slapped with another from executives at the Signature Group, an aircraft rental company who have filed a lawsuit against him under accusations that he has failed to pay his private jet bills.

In a 14-page complaint, the Signature Group claims they are suing Lil Wayne and his Young Money Entertainment partners for $1 million.

Documents obtained by Courthousenews.com reveal snarky comments from the firm’s lawyers in which they write, “As with many such artists, Mr. Carter appears to enjoy the finer things in life: expensive cars, a mansion in La Gorce Country Club on Miami Beach, and private aircraft travel for himself, his agents, and members of his entourage, to worldwide destinations of his choice. Naturally, the enjoyment of such luxuries is not free, and Mr. Carter and his putative Florida limited liability, defendant Young Money, have failed to live up to their obligations and now owe plaintiff, Signature Group, over one million dollars in fees and charges relating to Mr. Carter’s jet-setting around the globe on private aircraft leased to him by plaintiff.”

The complaint continues, “The nature of this dispute is straightforward and there are dozens of written communication from Mr. Carter’s agents, not only attesting to the existence of this debut, but also promising payment if plaintiff foregoes taking action against defendants. Simply put, Mr. Carter can choose to use the proceeds that he earns to live the life of a hip-hop star — but he has to pay his bills just like the rest of us.”

While Signature Group is seeking unpaid fees and damages for breach of contract, Wayne’s agents have yet to comment on the lawsuit.