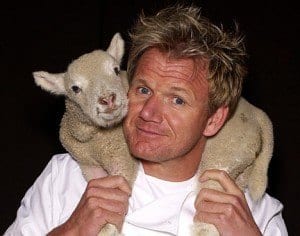 Gordon Ramsay has been named the highest earning chef in the United States, according to Forbes.

Gordon Ramsay has more than two dozen restaurants across the globe – from Tokyo to Australia to Qatar – whose focus is on everything from casual to contemporary to classic cuisine.

According to Forbes, “while Ramsay’s TV persona celebrates his hellacious side, his first rate restaurant operations, with an enormous focus on the customer experience and quality of the food itself, is close to heaven.”

The year ending June 2012 marks the first time Gordon Ramsay has topped the list of highest earning chefs in the United States. Rachael Ray came in second on the list with $25 million, due in large part to her daytime television program, a popular magazine and several best-selling cookbooks.

Wolfgang Puck ranks No. 3, according to Forbes, with $20 million earned from his 20 restaurants and various businesses.

Paula Deen brought in $17 million during the same period, ranking her No. 4, just above Mario Batali, who rounds out the top give with $13 million.

“They are very diversified,” said Dorothy Pomerantz of Forbes.com referring to the top-grossing chefs in America. “There is nobody who just has restaurants. TV is a huge factor in making this list because they make so much more money from television than they can from their restaurants.”