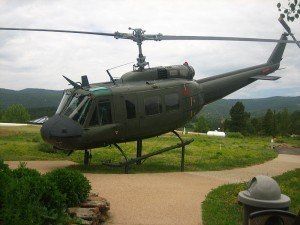 A helicopter crash on Wednesday night killed seven marines, but officials say it could take weeks to determine what exactly happened.  An AH-1W Cobra and aUH-1 Huey crashed midair during a routine exercise in Arizona.  The two helicopters inexplicably crashed into each other near the Chocolate Mountains.

Among the deceased marines, Capt. Benjamin Cerniglia, Sr was the son of a pastor and left behind two children.

Michael Quin was 28-years-old was had recently become engaged with his long term girlfriend.  He was supposed to deploy to Afghanistan in a couple months and was looking forward to it.  Lehighvalleylive.com quoted his mother as saying, “He had a strong sense and love for his family.  He was loyal, faithful to people.”

Corey Little from Georgia, was 25-years-old and was a Huey helicopter crew chief.

According to reports, officials are “scrambling” to figure out how the two helicopters collided with clear skies and mild weather.  The Huffington Post reports that, “the aircraft collided in a remote portion of the Yuma Training Range Complex,” around 8pm.

The helicopter crash has launched two different investigations.  According to PatDollard.com, “one investigation will seek to assign responsibility for the crash, and the other will look at how to make inherently dangerous combat training safer.”