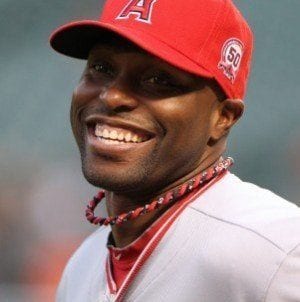 Torii Hunter has been placed on the Los Angeles Angels restricted list Monday reportedly because of his son’s arrest in Texas stemming from an alleged sexual assault.

Darius McClinton-Hunter, 17, was arrested along with four high school classmates following a monthlong investigation into the sexual assault of a child, a second-degree felony, by investigators with the Prosper, Texas police department, according to police spokesman Celso Martinez. McClinton-Hunter was held on suspicion of the sexual assault charge. No record of charges against the young man could be found on the police website.

McClinton-Hunter was arrested as an adult along with 17-year-old Garrick White. The three other classmates arrested were done so as juveniles. The sexual assault accusation stems from the alleged assault of a high school classmate.

Torii Hunter, the Angels star outfielder, was placed on the team’s restricted list for unidentified reasons shortly after his son posted $15,000 for bail Monday and was released from jail. Angels manager Mike Scioscia stated that Torii Hunter had left the team for “a personal matter.” Scioscia continued, “We’re going to go day-to-day, and we’ll just see where it is. That’s all I’m going to say.”

Torii Hunter did not appear in the Angels starting lineup Sunday or Monday and tweeted as he left Angel Stadium before Monday’s game against the Oakland Athletics, “This is very tough for a father. Thanks for ur prayers and support. Be Blessed everyone.”

Darius McClinton-Hunter is a high school junior and football star. Hunter is considered a legitimate Division I prospect as a wide receiver. The 5-foot-11, 165-pound receiver has reportedly already received scholarship offers from Utah, Wake Forest and Texas Tech, among other universities.

Torii Hunter, 36, is a four-time MLB All-Star and nine-time Gold Glove winner batting .256 this season with five homers and 15 RBIs.