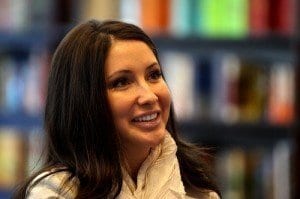 Bristol Palin has announced she will venture into reality television with her new show Bristol Pail: Life’s a Tripp, which will premiere on June 19 on Lifetime. The show will also star her three-year-old son Tripp.

Bristol Palin is no amateur in the public atmosphere, appearing on the eleventh-season of Dancing with the Stars.

The daughter of former Alaska governor and Vice Presidential candidate Sarah Palin, Bristol Palin has said that she has received the full support of her family during the show’s filming.

Bristol Palin: Life’s a Tripp will document Palin’s life as a single mother in a celebrity family. It is Bristol Palin’s second docu-reality series deal. In 2011, Palin was reportedly offered a reality show by Lifetime’s sister network BIO but, according to The Hollywood Reporter, BIO dismissed the show before it ever aired.

Bristol Palin, 21, admits that it was difficult being filmed every hour of every day, though the attention did not seem to bother her son Tripp.

“I don’t really think you get used to all of it but Tripp was used to it the whole time. He didn’t care if the cameras were there or not. He’s still going to be rowdy, he’s still going to be a little terror, but it was fun. It was a lot of fun,” Palin said, admitting that her public persona will invite constant criticism.

“I think I have tough skin and I know that God is on my side and my faith is everything to me . . . And when people are talking poorly about me, I think it just gives me more motivation to want to do more and want to speak up even louder and they’re just not doing themselves well by doing that. I think the people who don’t like me, I’m not trying to change their opinion on it, but it’s going to be a good show.”

But, of course, reviews for Bristol Palin: Life’s a Tripp are still out and it will be up to each viewer to determine whether Palin’s conclusion is accurate.