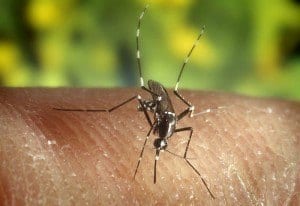 Oxford company Oxitec is planning to drop genetically modified male mosquitoes in the Florida Keys and in India in an effort to prevent Dengue fever from spreading. The test mosquito is dubbed the “Mutant mosquito,” which a Florida organization named Change.org is trying to cancel.

Oxitec stands for Oxford Insect Technologies and according to News Track India, Oxfordshire is home to a lab that raises the mutant mosquitoes, providing the mosquitoes with horse blood, a comfortable, moist bed to lay eggs in and customized genes to fight Dengue fever. Research on Dengue fever began at Oxford University in 2002.

Dengue fever is carried by insects and can ultimately cause a slow death.

Change.org’s petition hopes to persuade the U.S. Food and Drug Administration to stop the release of the mutant mosquitoes.

Mila de Mier,a mother of Key West who headed up the mutant mosquito petition, expressed her concern of the experiment: “As a community we’ve already said we don’t want these mosquitoes in our backyards, but Oxitec isn’t listening.”

Though Florida has not experienced problems related to insect diseases since 2010 due to caution and education, News Track India reported that one individual’s care only goes so far.

Hadyn Parry, the CEO of Oxitec said, “From a scientific point of view and an environmental sustainability point of view, we think we have a really good solution to the problem.”

Change.org requires that additional testing is conducted on the mutant mosquito. Florida residents fear a new concern could emerge with the spread of the mutant mosquito, when the objective is to hinder a lethal illness that takes 20,000 lives a year.