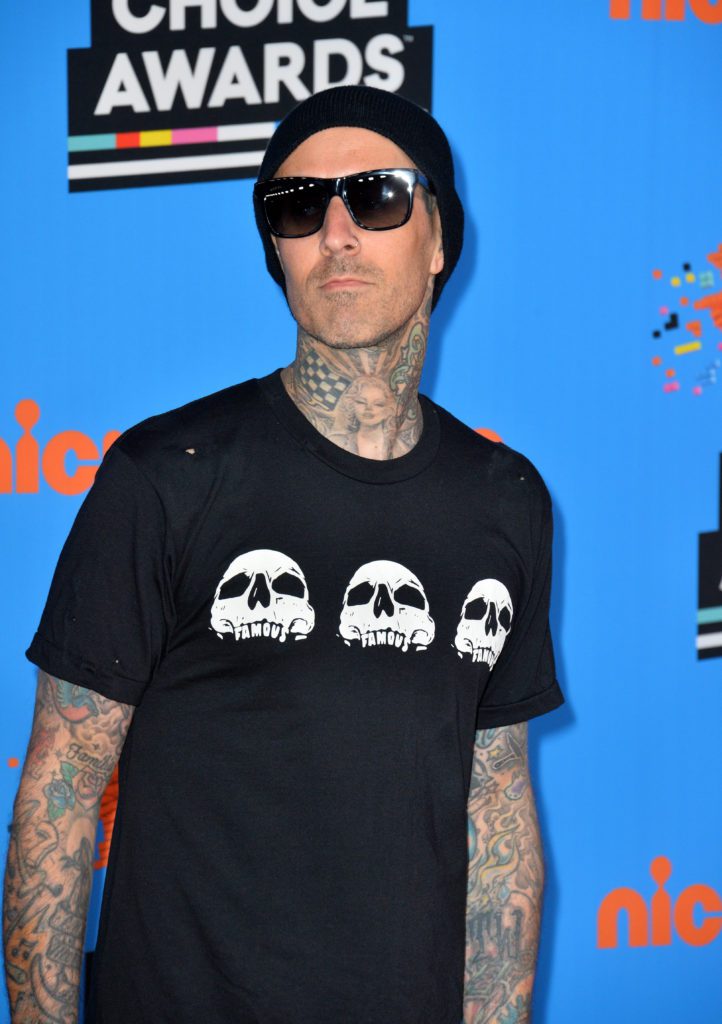 Blink 182 drummer, Travis Barker, overcame his fears as he flew on an airplane for the first time since he survived a deadly plane crash in 2008. This was confirmed after posts on social media showing an image of himself and girlfriend, Kourtney Kardashian, embracing one another infront of a private jet.

The crash, which was caused by maintenance issues during take-off from the Columbia Metropolitan Airport in South Carolina occurred on 19th September 2008. The accident saw the deaths of the two pilots as well as two of the four passengers, Barker’s security guard, Charles Still, and assistant, Chris Baker. Travis Barker as well as the other remaining passenger, Adam Goldstein, suffered critical injuries. Since then, the 45-year-old had not boarded a plane.

The drummer suffered various burns across his body and therefore spent a total of 11 weeks in hospital, undergoing 27 surgeries.

Recollecting the unfortunate event, he said: “The plane’s on fire and my hands are on fire so I unbuckle my seat belt and I jump right into the jet, which holds all the fuel. I basically ignite my whole body in fire.”

“I’m so soaked in jet fuel, there’s nothing I can do to put the fire out.”

Ever since then, the Blink-182 star has refused to fly. This has meant that Barker has missed the bands various tours across the world. One of the tours missed was back in 2013 where he withdrew from the bands tour of Australia. However, Blink-182 have also provided plans to accommodate Barker, most notably in 2016 where the band swapped flying within the cloud with sailing in the seas for their tour of Europe.

Speaking to Men’s Health in May of this year, he expressed how he had plans to fly again at some point during his life.

“There’s a million things that could happen to me,” he said. “I could die riding my skateboard. I could get in a car accident. I could get shot”, he proclaimed.

“Anything could happen. I could have a brain aneurysm and die. So why should I still be afraid of airplanes?”

He also let people know on social media that month after that his plans remained the same, tweeting: “I might fly again.”

His first flight in 13 years took place on August 14th where Travis Barker and his girlfriend flew from Los Angeles to Cabo San Lucas, Mexico, according to TMZ.