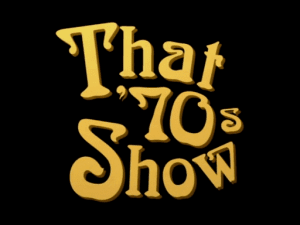 That 70s Show star Lisa Robin Kelly was arrested a few days ago on a domestic violence charge and later released on $50,000 bail.

Kelly, 42, played Laurie the older sister to Topher Grace’s Eric who had the occasional affair with Ashton Kutcher’s Kelso on the Fox hit sitcom

Lisa Robin Kelly was arrested in Los Angeles on Saturday afternoon, posted bail and was out by Saturday evening.

Her current charge comes after a 2010 DUI arrest in North Carolina that led to a fine and a year of probation.

Lisa Robin Kelly was attractive on the show, but the web is buzzing over her recent mug shot from her arrest with many speculating whether she was on drugs or not. When recently asked about the incident and mug shot, Kelly responded, “He used me. He got 20,000 for pics on TMZ so he claims … He has me on a $50,000 bail, which I paid, and my account is wiped out … If your a friend. Respond thru email. He promised no strings attached when we moved in and that he would be good to me no matter what. He abandoned the lease. Then went police with fake pics I just am so upset. My career is doing well and he made sure to ruin it.”

Lisa Robin Kelly according to IMDB, hasn’t had a major role since That 70s Show, and that ended in 2003. Her last project was The Food Chain: A Hollywood Scarytale back in 2005

She recently tweeted about the “nightmare” domestic violence incident that has the potential to put a felony on her record, “Doing great and looking forward to shooting new project! I’m relieved the nightmare is over and better things on the way!”