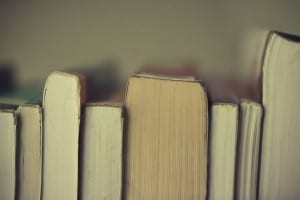 Annie Lockwood has a plan to change the world of children’s literature. Based out of the UK, Annie Lockwood, manager at Five Simple Steps Publishing, is heading a fabulous Kickstarter campaign designed to raise funds towards the illustration, publication, printing, and distribution of her fresh and upcomng Adventures of Alex series.

The goal is to raise  €6000 ($10291.50 USD equivalent) by July 20, 2014. The campaign already has 68 enthusiastic backers, raising and admirable €1758 as of July 3, 2014, but why should you care about Annie Lockwood or Adventures of Alex? With her upcoming book series, she introduces a fresh young character that is thoroughly believable, complex, and admirably modern. Lockwood’s motto is: “The world is diverse and so are our stories.” The project is laudable by a landslide, and the story seems to reflect the New Era the Western world is currently in.

In her Kickstarter campaign, she asks the engaging question:

when was the last time you read a children’s story where:

●      the father was the primary caregiver

●      there were children in wheelchairs

●      there were multi-racial households

●      there were same-sex parents or single parents

●      a nurturing boy loved nothing better than a cuddle

Indeed, Children’s stories historically are often mythical, allegorical, even formulaic. Children’s stories also play a part in institutionalizing youth or in other words standardizing certain family dynamics, even broken ones. Disturbing themes of assault, infidelity, even abuse seem to be implicit even in the sugariest Disney tale. Yet, as beloved and long-perpetuated these fictive dynamics have been, one may wonder if ever in human literary history, society as a collective has experienced children’s stories that feature real life scenarios, real family dynamics that are less malicious than believable and flawed in relatable ways.

Short, stumbling strides have been made in the world of children’s books towards introducing realistic family dramas, centered around family portraits that are reflective of modern society and tolerance. The Western world is now a world with blended families, mixed-race families, same sex families, and single parent families– no evil stepmothers to be found, or stepfathers– that coexist harmoniously and are, quite frankly, full of healthy affection and fun. Yet, even in the most modern children’s books, with few exceptions (Madonna’s ill-fated English Roses not being one of them), some of the same familial and gender stereotypes (or archetypes?) exist: often children’s books still center around imaginative, yet one-dimensional youths daydreaming of fantastical settings to escape homes where parents are working or absent.

Ms. Lockwood insists that her children’s series will be just as entertaining and enlightening for grownups and kids alike: “To a child, The Adventures of Alex series are fun, entertaining stories. To an adult, they’re an important and easy way to entertain children without subjecting them to the stereotypes often found in children’s literature.” Instead of limiting her female lead with well worn gender restrictions, yet also gracefully towing the line without making her too eccentric or “unsexed”, to borrow from Lady Macbeth, Lockwood infuses main character Alex with independence and variety. She states with deceptively straightforward eloquence, “It’s really important for me that Alex doesn’t always wear pretty pink dresses, but equally it is important the she doesn’t fit the stereotypical ‘tom-boy’ image either. Sometimes Alex will be in skirt, sometimes she’ll be in shorts, sometimes she’ll be in a dinosaur onesie. It depends on what adventure she is having that day!“ Designed to be easily read within 15 minutes, her tales will entertain without tiring the reader, and are not long enough to tax young minds with convoluted plotlines. Adventures of Alex is truly a series to look forward to– but it needs some help.

With such a bright and multifaceted leading character, Alex could change the world of children’s literature– and, indeed, perhaps the world of children, period in a dynamic way, by reflecting children as they are in these times, instead of re-hashing archaic, often Eurocentric, patriarchal, royalty-exclusive and unrelatable families and characters. It is my hope that she succeeds in her campaign, and I hope to purchase my own copy and engage my children in Alex’s Adventures. I hope the public at large will embrace Ms. Lockwood and her book series with as much enthusiasm as I will.