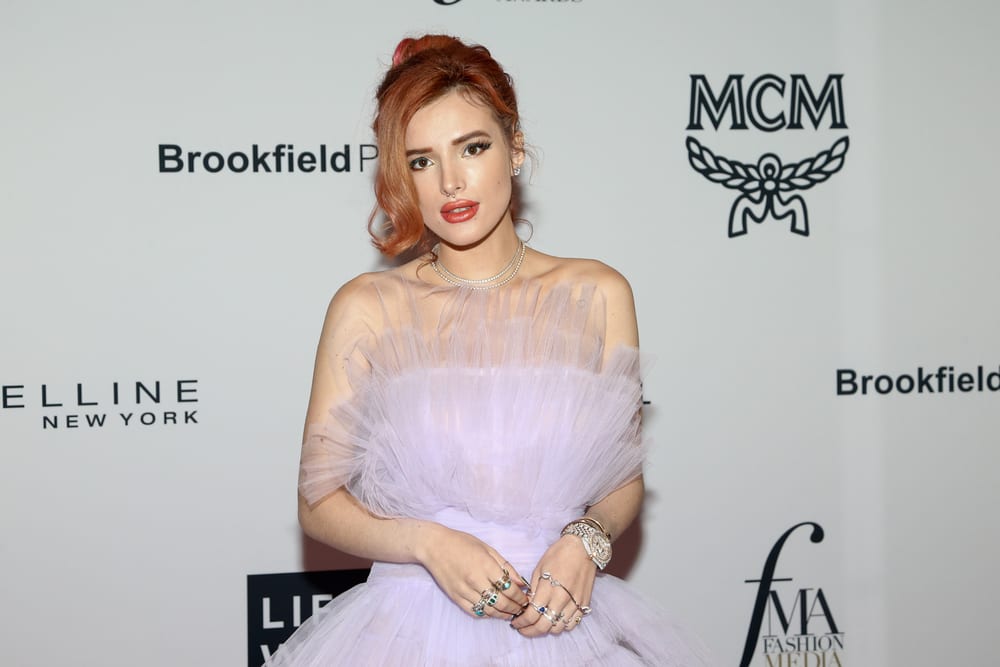 Actress and singer Bella Thorne was forced to leak her own nudes, after being threatened by a hacker on Sunday, hours after promoting her book, The Life of a Wannabe Mogul. In an open letter that she shared on Twitter, she declared to her hacker, “I can sleep tonight better knowing that I took my power back. U can’t control my life, you never will.”

Although, initial responses congratulated Bella for not giving into the hacker and applauded her strength in sharing the photos online, Whoopi Goldberg suggested Bella was partly to blame.  On Monday’s episode of The View, where Whoopi is a host, she stated: “If you’re famous, I don’t care how old you are. You don’t take nude photos of yourself.” Whoopi added, “If you don’t know this in 2019, that this is an issue, I’m sorry… You cannot be surprised if someone’s hacked you, especially if you have stuff on your phone.”

Many have taken Whoopi Goldberg’s statements as pure “victim blaming”; however, others have highlighted that Whoopi merely stated the cold, hard truth in her brutally honest fashion.

I saw Whoopi was trending and got scared but everything's ok, people are just mad because she was right.

If you're a famous person and don't want your nudes leaked, don't take them. Not shaming or excuses the actions of hackers, it's just reality. ??‍♂️ pic.twitter.com/0CyAC1ExoM

Thorne promptly responded to the comments in a series of Instagram videos and posts. In a letter penned to Whoopi, that she shared onto her Instagram story, Bella wrote, “ Dear Whoopi, I have loved you for so long but honestly I’m so displeased and saddened by your response to my le[a]k. Blaming girls for taking the photo in the first place? Is sick and honestly disgusting…I’m offended for anyone out there who has ever taken a sexy photo.”

So by Whoopi’s definition “hackers will find it / don’t put it out there”, we shouldn’t have anything online? I can’t buy stuff cuz of credit card hackers? I can’t have an online footprint or even a phone because of hackers? Bella sent a pic to her bf. Stand down Whoopi ?

In an interview with Vanity Fair, Jennifer Lawrence labelled the iCloud hacks a “sex crime.” The man behind the iCloud hacks was Ryan Collins from Lancaster, Pennsylvania, who was sentenced to 18 months in prison.  Lawrence highlighted in the interview the need for new legislation to be enforced to ensure hackers think twice, before publicly posting photos.

Ultimately, should more young people be willing to take responsibility for posting nudes online or is it only natural with growing digitalisation, that we create new legislation to protect personal photos from being stolen by hackers?