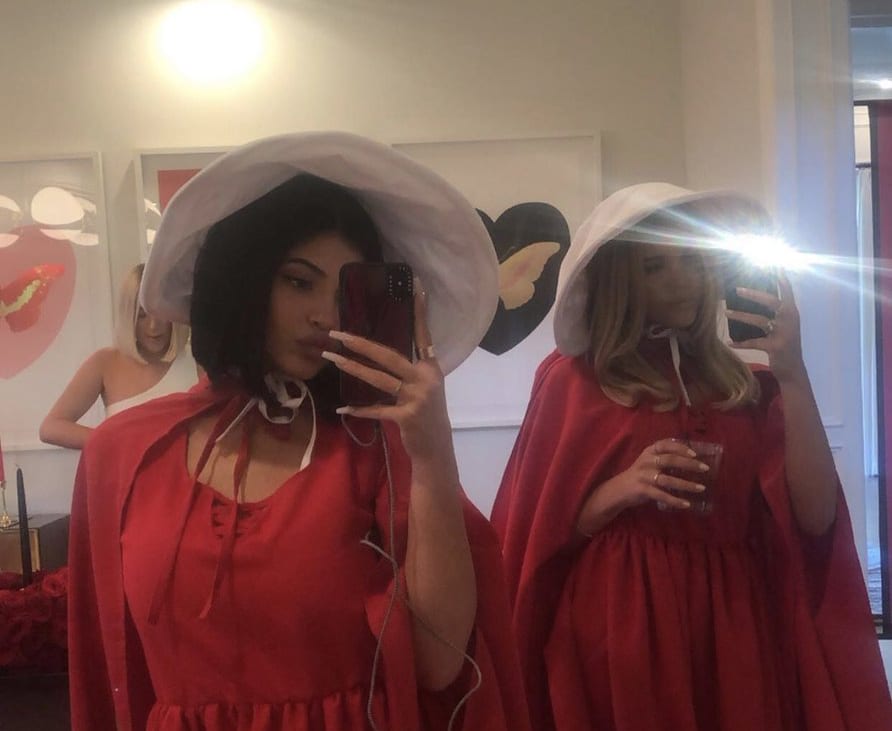 Fans were not amused by the young makeup mogul’s choice of theme, which—at best—is an odd choice for a party. The Handmaid’s Tale depicts a dystopian society in which married couples who are unable to have children keep young women (handmaids) as sex slaves and subject them to monthly rapes in order to conceive a child. The book, written by Margaret Atwood in 1985, was adapted for TV by Hulu in 2017 with the third series recently being released.

“Who’s gonna tell [Kylie] that her party is literally celebrating female enslavement for their biological reproduction?” tweeted one person. Another called the event “tone deaf” in the context of today’s political climate.

Kylie Jenner is having a party themed after the Handmaid’s Tale…..so…..who’s gonna tell her that her party is literally celebrating female enslavement for their biological reproduction??

WHO IS GOING TO TELL HER

Kylie Jenner throwing her friend a Handmaid’s Tale themed birthday party complete with robes, Gilead flags, “Praised be” vodka and “Under his eye” tequila is so tone deaf, at any time, but especially when women’s rights and autonomy are particularly under attack. Disheartening.

The enduring appeal of The Handmaid’s Tale

The Handmaid’s Tale has not been out of print since it was first published in 1985. It has sold millions of copies worldwide, been translated into numerous languages, and become a shorthand for those engaged in the work of dismantling a society that seeks to control women—especially their bodies and reproductive functions. It has been adapted into a film, an opera and, most recently, a Hulu series.

The story still grips us, and perhaps it is because Atwood never strove too far from what could happen. She set her story in a post-democracy United States that had turned toward an extremist religious rule. It is a shade too extreme—but this is the same country that once allowed its religious leaders to let them burn women alive, thinking they were witches.

Atwood wrote in an essay for Literary Hub in 2018:

I made a rule for myself: I would not include anything that human beings had not already done in some other place or time, or for which the technology did not already exist. I did not wish to be accused of dark, twisted inventions, or of misrepresenting the human potential for deplorable behavior. The group-activated hangings, the tearing apart of human beings, the clothing specific to castes and classes, the forced childbearing and the appropriation of the results, the children stolen by regimes and placed for upbringing with high-ranking officials, the forbidding of literacy, the denial of property rights—all had precedents, and many of these were to be found, not in other cultures and religions, but within Western society, and within the “Christian” tradition itself.

When the Hulu adaption of the story premiered in 2017, it was just after the new administration came into power. And The Handmaid’s Tale suddenly began to resonate in a terrible way, as all of a sudden access to reproductive health has disintegrated; men accused publicly of assault have been put in positions of power (even in a post-#metoo era); and families are being separated.

Jenner does seem to be a genuine fan—remember when she spoiled the season 2 finale last year? But it’s jarring to see the red robes and white bonnets at a themed party of a rich reality show star whose business is cosmetics and being part of a famous family. Handmaid costumes these days have become synonymous with protests—not bday parties.

Kylie Jenner deadass threw a handmaid’s tale themed party…. in 2019…. does she even know what it’s about???

uhhhh kylie threw a handmaid’s tale themed birthday party and has all her rich friends dressed up as handmaids? who’s gonna tell her the show’s….not a comedy pic.twitter.com/L9dE05Byfj

But in 2019, we have to laugh at this juxtaposition. Because if we didn’t, we might cry.

See also: Your Seven Day Break on the Pill is Bogus—Here’s Why
The Resistance Will Be Cross Stitched: Interview with Shannon Downey
Why Feminism in Teen Shows Today Matters